Are Dogs Nocturnal Or Diurnal?

You may be asking yourself this question if your newly adopted dog has been recently fiddling with your nighttime rest.

As a short answer – no, dogs aren’t really nocturnal. They can easily adapt their day-night cycles to their human owners’ activity habits, allowing you to sleep peacefully at night.

The long answer, however, is slightly more complex than this. If you want to know more, keep reading – below, we’ll be having a look at dog sleep patterns to help you better understand your pet’s needs!

A Brief Intro To Sleep Behaviors In Animals 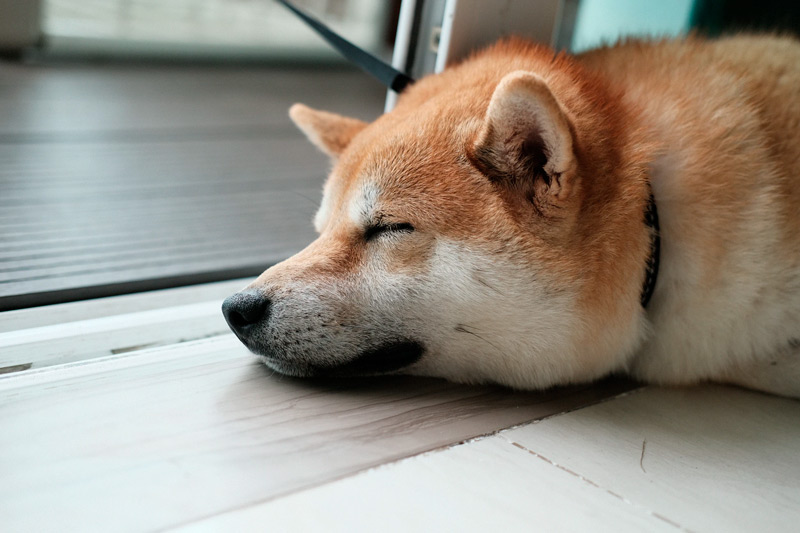 This little glossary overview should help you better understand what we’ll talk about below.

Are Dogs Diurnal Or Nocturnal? 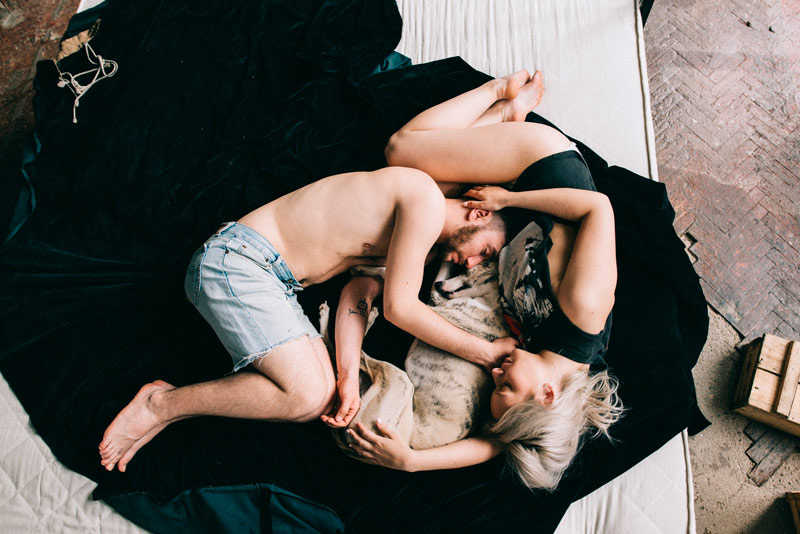 Dogs aren’t nocturnal, although they could be depending on their environment, being active only at night or only at dawn and dusk. Dogs – like cats and other pets – adapt to their owners’ sleeping schedules and thus sleep at night and are active during the day in unison with humans.

So if you – like most people – are awake during the day and sleep at night, your canine friend will most likely adapt to your schedule and become a diurnal creature. If your dog does start copying your schedule, great – your sleep probably won’t be disturbed by rituals of nighttime barking!
However, if your dog seems to be a night owl – even though you follow a perfectly traditional diurnal sleep pattern – something may not be right. More below!

What Dog Breeds Are Nocturnal? 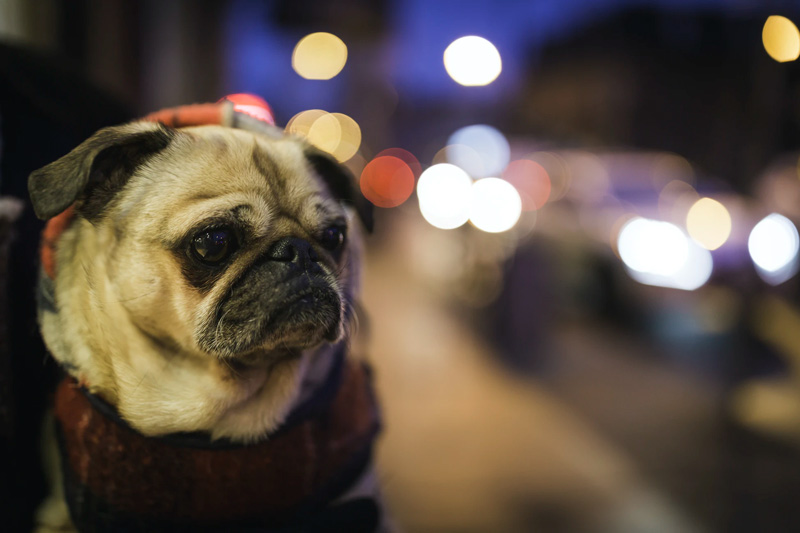 Although canines generally aren’t nocturnal, some dog breeds are more prone to staying awake at night than others. Among these breeds are:

Remarkably, one thing that unites these breeds is that they need a lot of exercise. If these dogs don’t perform adequate amounts of exercise, they will stay energetic at night. So if you want to sleep well, make sure to take care of your dog’s activity needs.

This applies to any other dog breed as well. But breeds that have been specifically bred for sled-pulling or herding – in other words, working breeds – have way higher energy levels.

Dogs that live out in the wild may be nocturnal as well – particularly because of stray cats that tend to roam around at night.

How Long Do Dogs Sleep? 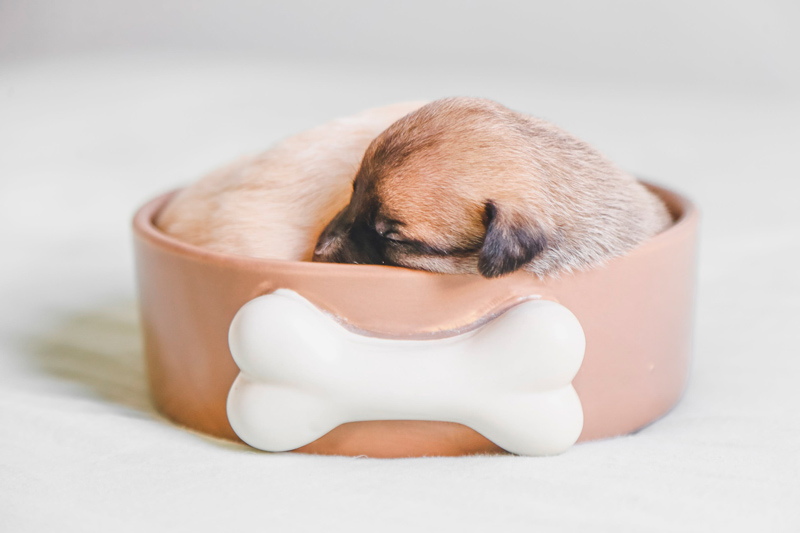 In case you didn’t know, dogs sleep quite a lot.

Typically, dogs sleep more than humans – 12 to 14 hours per day. Bigger breeds usually need more sleep than smaller ones, while puppies are the sleepiest of them all, traveling to dreamland for about 18 to 20 hours every day. Puppies like to play and explore until exhaustion, which is partly why they need so much sleep.

Interestingly, although dogs adapt to their owners’ sleeping patterns relatively easily, they have a markedly different sleep pattern.
According to the American Kennel Club, dogs only spend 10% of their sleep time in the REM (rapid eye movement) phase. In humans, REM sleep occupies 25% of sleep.

If you didn’t know, in the REM phase, the eyes of animals start rolling under their lids randomly. The REM phase is also when dreams occur.

Anyway, dogs’ short REM phase is due to their irregular sleeping patterns – canines often doze off anytime they want. Dogs can also wake up and become alert very quickly. And because of their rather irregular sleep patterns, dogs require more sleep to compensate for lacking REM sleep.

So, in short, dogs have a more irregular, intermittent manner of sleeping, while humans tend to sleep for 7 to 9 hours at a time.

All the numbers above were given for healthy dogs – sleeping disorders may significantly affect actual sleep duration. Dogs with narcolepsy, for example, may spontaneously fall asleep during the day or be in a constant state of drowsiness. Pain, itching, and other health issues, on the other hand, may interfere with sleep and result in sleep issues.

Do Dogs Sleep All Night?

As mentioned earlier, dogs are intermittent sleepers, so they may wake up and fall asleep several times throughout the night. However, if you give your dog enough exercise and make an effort to adapt them to your day-night schedule, it’s very unlikely that they will disturb you at night – even if they do wake up.

To ensure that your dog gets enough quality rest, you should keep an eye on their behavior during sleep. Here’s what you should pay attention to:

Additionally, you should pay attention to your dog’s sleeping position: 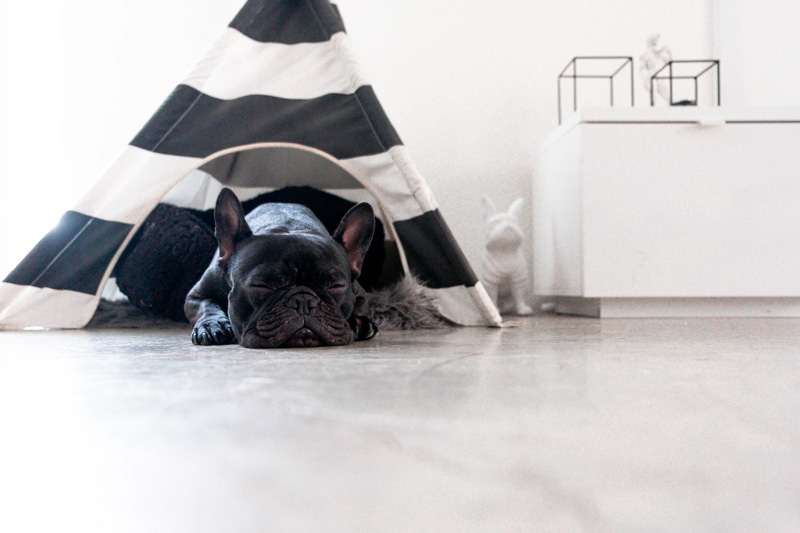 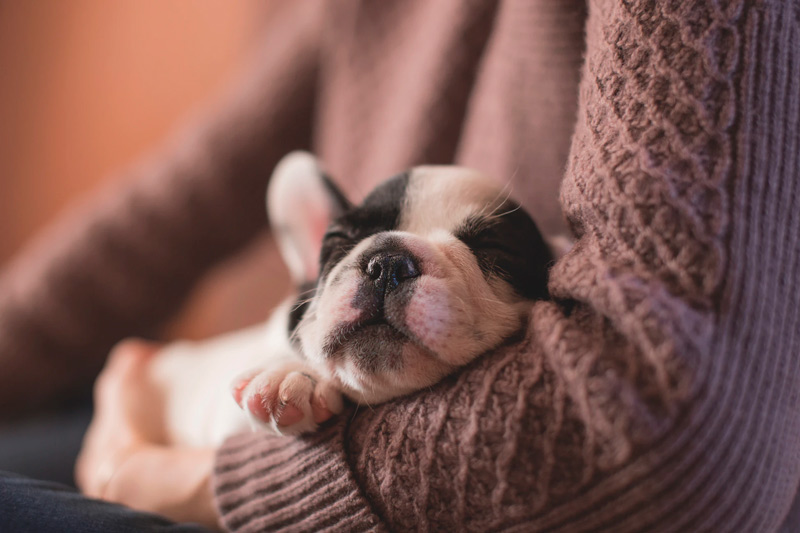 Should Dogs Have A Sleep Schedule?

Dogs aren’t as strictly diurnal as humans, but they should have a nighttime schedule. Two reasons for this are as follows:

Establishing a sleeping schedule in dogs isn’t too tricky. To do this, you should:

Why Are Some Dogs Awake At Night?

Dogs could stay awake at night due to two primary reasons – either you failed to adapt them to your schedule for one reason or another, or they have health issues that disrupt their sleep.

When it comes to health problems, dog sleep may be interrupted by the following conditions:

In case you start noticing oddities in your dog’s sleep pattern, you should consult a veterinarian – there may be an underlying health condition causing irregular sleep. 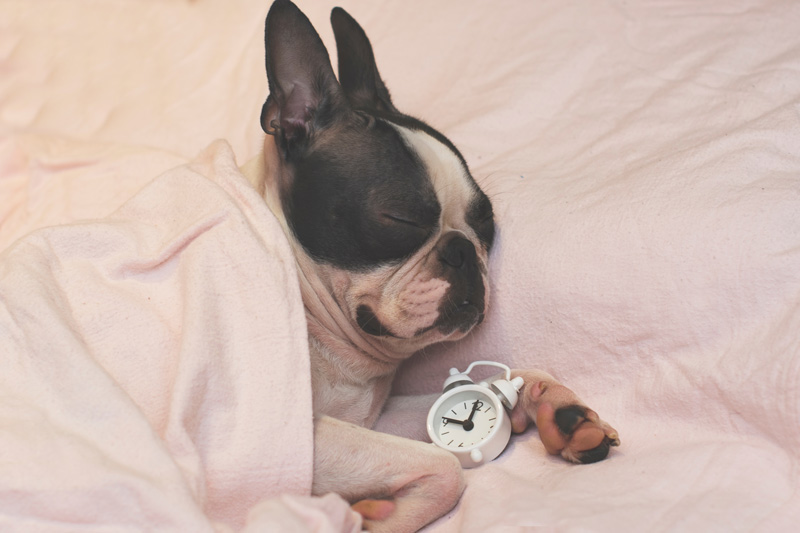 In the end, canines aren’t nocturnal, though they certainly can be if their day-to-day needs require that. But most dogs pick up the lifestyle of their owner rather quickly.

So if you are considering adopting a dog, don’t worry – with training, you are unlikely to need to wake up every night to take care of any dog whims. But if your dog does like to stay awake or bark at night, figure out whether their schedule needs to be fixed or if they have health issues that prevent sleep.