Are huskies loyal?
[Everything you need to know]

Dog loyalty is a common question when it comes to huskies. This breed is gorgeous and friendly, but they have developed a reputation for being disloyal and selfish. This isn’t true, but huskies do need more independence than other breeds to thrive.

Many often mistake clingy behavior for loyalty, causing people to think huskies aren’t loyal. These dogs need their own space as they can often be stubborn. Like humans, each dog has their personality, so some huskies may cuddle for hours while others do their own thing.

We’ve researched huskies and how loyal they are to help you decide whether this gorgeous breed is for you! 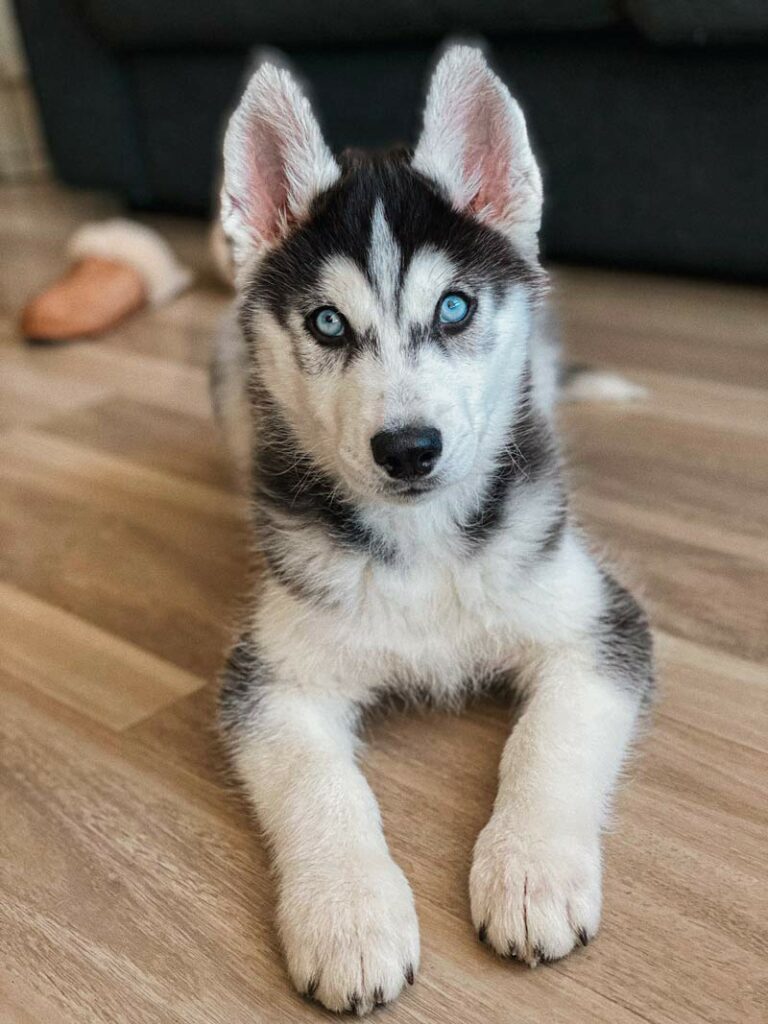 Dogs are often described as being loyal, but what does this mean? If your idea of loyalty involves a dog following you around all the time, you may have the definition a little wrong. Loyal dogs often do stand by your side, but sometimes too much following can be clingy.

Most dogs love human companionship and having connections with their owners, but this doesn’t define their loyalty. Dogs who love human interaction have usually been bred to enjoy it over time, and this trait is passed down through generations of dogs.

Loyalty in dogs is a different trait than wanting to be close to their owners all the time. When dogs are incredibly loyal, they will always stand by their family no matter how tempting any other circumstances. Loyalty can be shown through a dog’s love for their family and their want to be in the family ‘pack’ for the rest of their lives.

Is Loyalty In A Huskies Nature?

So, are huskies loyal? Huskies as a breed are very loyal dogs, and however, sometimes people feel like their huskies aren’t because of their nature. Huskies love human contact and physical attention, so when a husky is being very friendly with strangers, some owners might question their dog’s loyalty.

Huskies are outgoing and friendly, but these dogs aren’t the best protectors. If someone breaks into your family home, you can’t always count on a husky to chase the intruder away. More often than not, a friendly husky would try to interact with the intruder expecting treats and some love. If you’re on the lookout for a guard dog, it’s best to assess other dog breeds before a husky.

As well as being extremely friendly, huskies can also be very stubborn and independent. When you mix these personality traits, it may seem like your dog is being disloyal. This isn’t true – they are just more friendly than other dog breeds. Even the American Kennel Club (AKC) suggests that these dogs will be very friendly.

Siberian huskies and their history can show why these dogs are so independent. Their ancestors spent lots of time alone, fending for themselves in Siberia, and this personality trait has been passed down through generations. This can cause huskies to show their loyalty in a less clingy way than other dogs. Huskies don’t have any aggressive or possessive tendencies either.

Huskies can thrive outside all day. When they were in Siberia, these dogs were hard working from morning to night. They don’t have greedy tendencies, and when eating will stop when they are full, unlike other dog breeds who will eat until they burst. 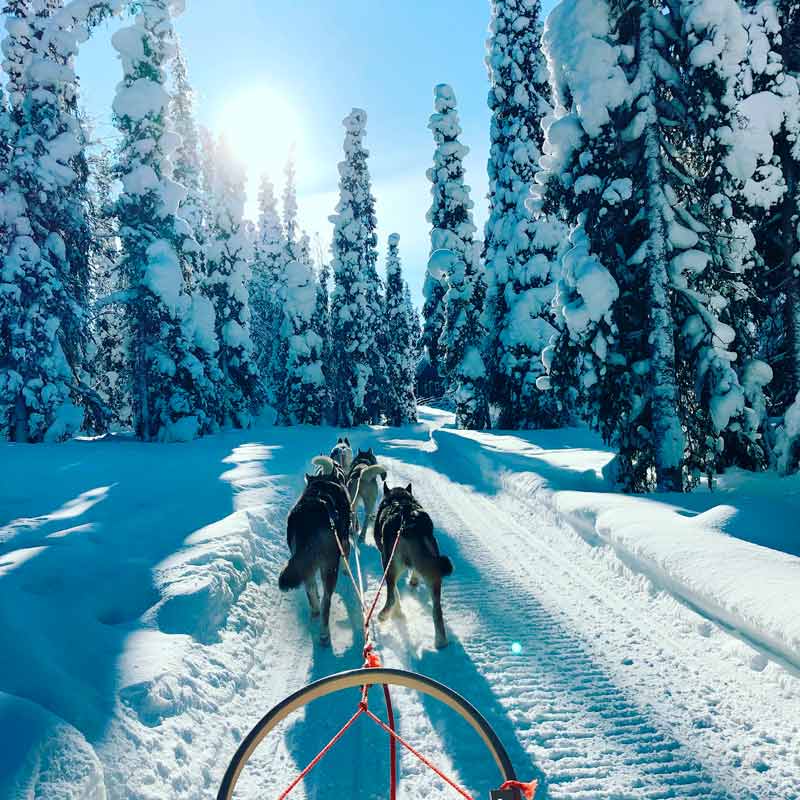 Huskies are known for being fiercely independent, and this is probably their most known personality trait.

Their second most known trait is probably their stubbornness. At times huskies are highly stubborn.

This trait may confuse owners at times, but remember that independence is key to huskies, and their loyalty isn’t shown through being clingy.

For example, one husky may choose to sleep in an owner’s bed, and another may want to sleep in a different room – each is still as extremely loyal as the other.

How To Train A Husky

Due to their independence, huskies aren’t the best at following commands. Sometimes they listen to certain family members more than others, so this can make them hard to train as they are selective about who to listen to. This can be frustrating for any first-time owners, so huskies are often suggested as a breed for more experienced owners.

In the long run, huskies tend to ignore commands and training orders, so it’s best to know all the facts about the breed before adopting a purebred husky. These sled dogs are so cute, but they aren’t clingy dogs. Being a previous dog owner may help you deal with these non-clingy dogs better. 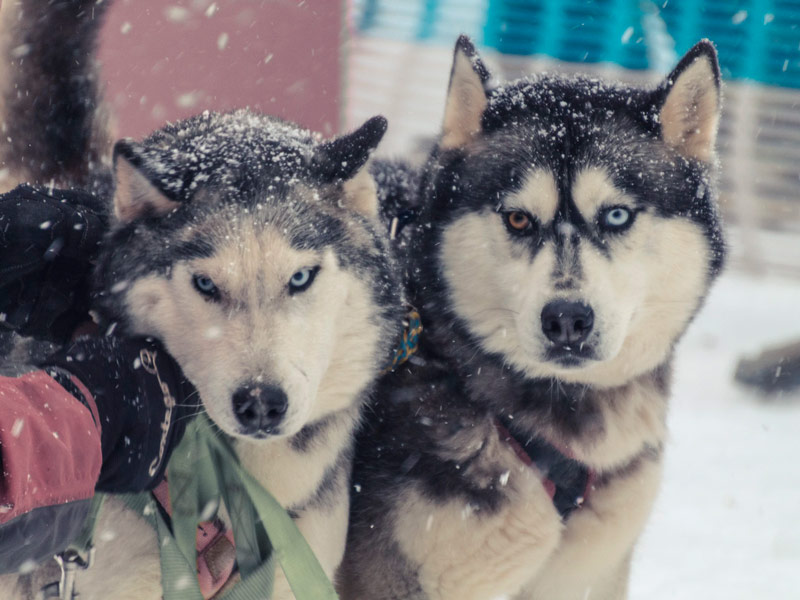 Huskies are loyal dogs, but they’re not loyal in the sense that they’ll follow you around. These dogs need freedom and independence, so they aren’t your standard lap dog at all. Huskies aren’t for everyone at the end of the day and you may prefer other dog breeds and clingy dogs instead!

Sometimes huskies will be stubborn and disobey the rules, this can be frustrating so make sure you weigh up the pros and cons, or if you are able to provide huskies with the freedom they need before adopting one of these sled dogs. Huskies need patient and constant owners when they’re in training – getting these dogs to obey commands can take time.

If you have time and patience and want a loyal and friendly dog, a husky might be for you. Always remember to be patient with these dogs, though!