How To Introduce A Puppy To A Dominant Dog?
[Do it perfectly with our guide]

Are you thinking of bringing home a new puppy? If that is the case, then there are some factors you need to consider when it comes to the interactions between new dogs and the resident ones. Not every dog will respond positively to the entry of a new puppy into their space.

Before we start this article, let us try to understand what is meant by a dominant dog. The word “dominant” need not always mean alpha/leader etc. Instead, it refers to the dog who has a more assertive personality and is less willing to socialize and share their things with the new additions.

They may refuse to obey commands, attack weaker pets in the house, and push them aside to get what they require. When confronted, they will stand their ground with pride while the weaker ones will run away from the scene in fear.

Aggression should not be misunderstood with dominance. Growling, getting into unwanted tussles, snarling, etc., is an aggressive mentality rather than dominance.

Now that we have a brief understanding of dominant dogs, let’s get to the topic at hand. We will start by listing a few things to consider while bringing home a new puppy, followed by a step-wise guide to introduce both parties. Let’s begin, shall we?

Factors To Consider Before Bringing The New Puppy Home 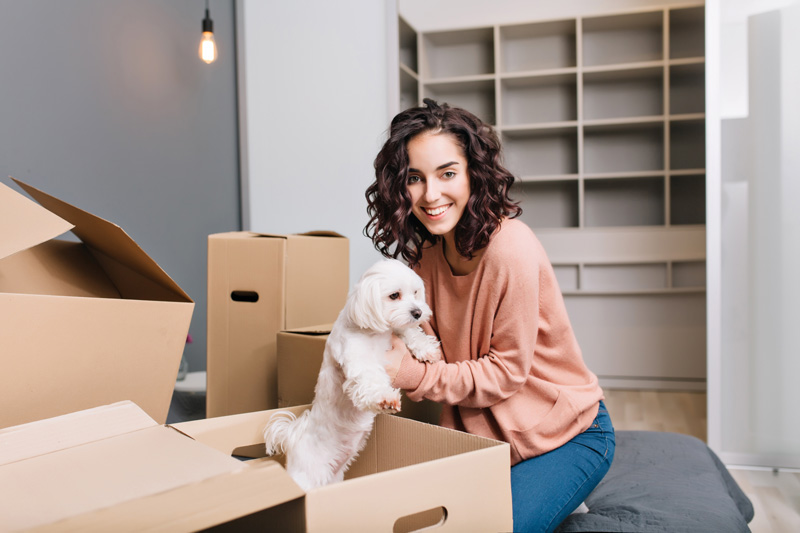 If your resident dog does not enjoy socializing with other pups in general, you may need to rethink. For instance, if they have a tough time with other dogs during a walk in the park or when you go to your friends or relative’s place, this is a sign that they are uncomfortable with other canines.

On the other hand, if they are tolerant of other dogs’ company, there is a good chance the resident dog will get along fine with the newcomers.

Some of the positive signs of bonding with a new puppy include:

Just being charmed by the sheer cuteness of an infant dog is not going to make things easy at home, where a senior member awaits. You would need to consider potential compatibility issues that may pop up when the interaction happens. Some of the compatibility concerns include:

Sex Of The Puppy

The dominant dog is more likely to accept a new dog belonging to the opposite sex. Two male dogs may get along quickly without much hassle. Females, on the other hand, have a peaceful time with the opposite sex. Things can get pretty uneasy with two females in the house.

So consider bringing home a puppy of the opposite sex to have peaceful and smooth coexistence between the two dogs. The fights will also be reduced in number between a male and a female dog.

Try to understand the prey drive of your dominant dog’s breed in general. For instance, Terrier breeds were bred to hunt and chase down smaller animals. You do not want such mishaps to occur under your roof.

Adding a small-sized breed like Chihuahua with a Terrier can wreak havoc at home. If there is a considerable size difference between the new and resident dogs, we strongly recommend having human supervision until they get along well.

Even a minor accident like falling the resident dog on the smaller pup can be fatal or lead to grave injuries. Therefore, ensure to be cautious and alert.

To be on the safer side, make sure to bring a pup whose adult size won’t be much different from the dominant one.

If it is possible to get some details on the general behavior of the new puppy from the shelter home or the pet store you are bringing them from, that will prove useful.

It is not only about the resident dog’s attitude towards the new one; the smaller pup must also be willing to accept and respect the older dogs, rather than treating them with arrogance and recklessness.

The first meeting will take time, and you need to be patient as a responsible dog owner. Expecting the dogs to be besties in a few days is asking for too much.

Rushing things will only make the situation worse, and your home will turn out to be a messy ground for you and your dogs.

Let us now get into the core topic at hand in the following section.

Steps To Introduce A Puppy To A Dominant Dog 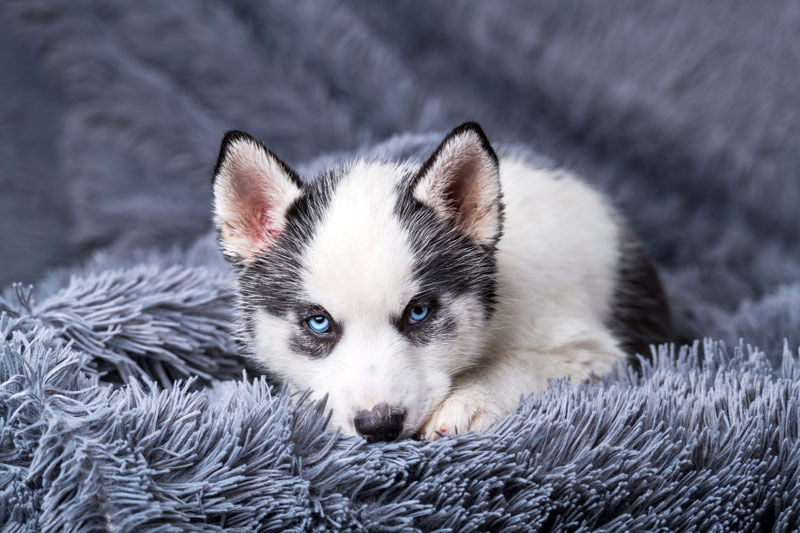 As discussed in the earlier sections, factors such as socialization abilities, gender, breed characteristics, and general behavior of the puppy need to be analyzed first. These aspects are an unavoidable prerequisite while choosing the right puppy to bring home.

Before the introduction part, it is imperative to set up the right conditions at your place. This step will prevent unnecessary fights, jealousy, and injuries.

Here is a small checklist to be followed before the introduction.

Once these are taken care of, we can now move ahead with THE pivotal step.

Step 2: Introduction At A Neutral Ground

Never make the rookie mistake of selecting your home as the venue for the introduction. Remember that your resident dominant dog thinks of your home as their turf and will consider the newcomer a stranger and get aggressive.

We recommend an enclosed area to prevent the chances of the new dog running away due to the intimidation sensed by the dominant one. Here, your senior dog will not feel threatened by this new creature they witness for the first time.

While the introduction happens, ensure both the dogs are leashed and located at a safe distance so that the senior does not react aggressively. Take the help of a trusted family member or a friend to control the other dog.

You can try an element of distraction by giving the dogs a bone or some toys to play with. During this time, gradually move both the dogs closer.

Once they have reached a sniffing distance, allow the interaction to happen organically without any kind of force being employed.

A good amount of excitement, barking, and a rise in energy levels can be expected. Expecting them to become besties in this short period is impractical. The key focus must be on creating an environment where the first impression is positive and peaceful.

This meeting will act as the foundation for the bond that will be developed between them in the future. So be patient and play the cards right.

Step 4: Be Cautious Of The Dominant Dog’s Body Language

Despite taking all precautions, you might never know what can tip off the dominant dog’s temper. A good measure is to keep consistent track of their body language and observe for any signs of aggression.

Here are some general gestures to keep notice of:

Do not overdo the initial introduction. Once the meet and greet and suspicions are taken care of, it is then time to bring both your furry friends home. If required, you can take them for a short walk, provided you are 100% comfortable with the way both the dogs have started to interact.

Another point to keep in mind is that dogs sense your emotions easily. If your nervous energy is high, try to project confidence and calmness throughout this meeting and be assertive.

This outlook will enable the canines to be on their best behavior as well.

Once the homecoming is over, keep them at separate locations within the house for the initial few weeks as a safety measure. The idea is for them to get comfortable and not overwhelmed with each other’s excessive presence.

Also, ensure human supervision at all times if you’re planning to bring them close for short durations.

Give more attention, priority, and walks to the dominant member first. Have your playtime with the puppy in private. This will take care of the boss ego aspect of the senior dog. 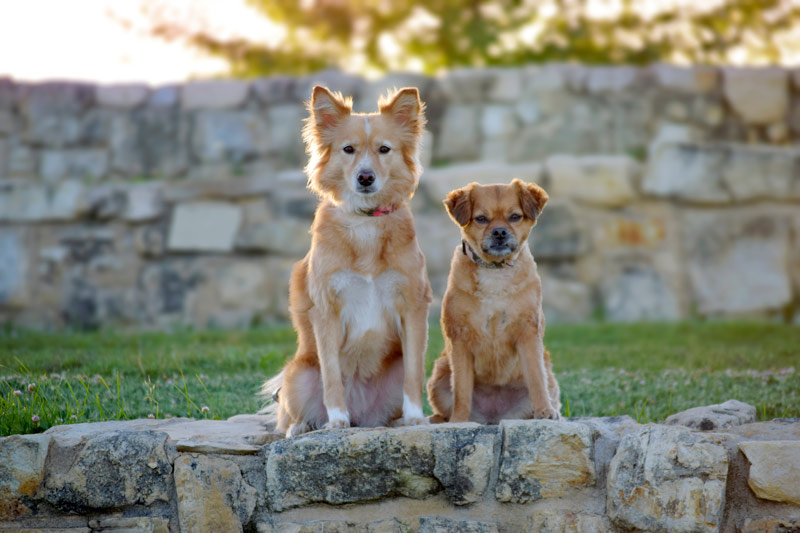 Bringing home a new pup into the territory of a senior resident dog is not an easy affair. As a dog parent, you need to perform an initial analysis on how well they will gel together. After this due diligence phase comes to the most crucial step – “The Introduction.”

Follow each step with utmost care for a fruitful outcome. Practice patience and perseverance, and you will finally find out it was all worth it. Having the opportunity to raise two loving dogs under a single roof is truly gratifying indeed. It ultimately boils down to how well you adhered to the process and practiced vigilance and perseverance.

We hope you could garner some valuable tips/insights into how to perform the introduction of a new puppy to a dominant dog. Being hasty, reckless, and irresponsible is never the solution to the problem. In case of any unexpected outcomes or mishaps, never hesitate to seek the guidance of a vet or a professional dog trainer to understand what exactly went wrong in the process. 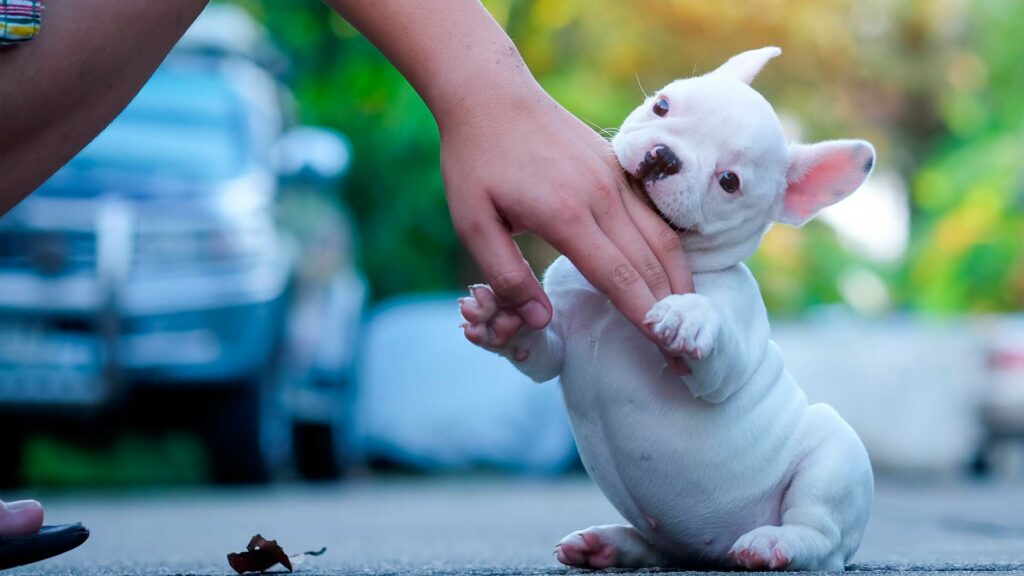 How To Stop My Dog From Biting
When Excited? 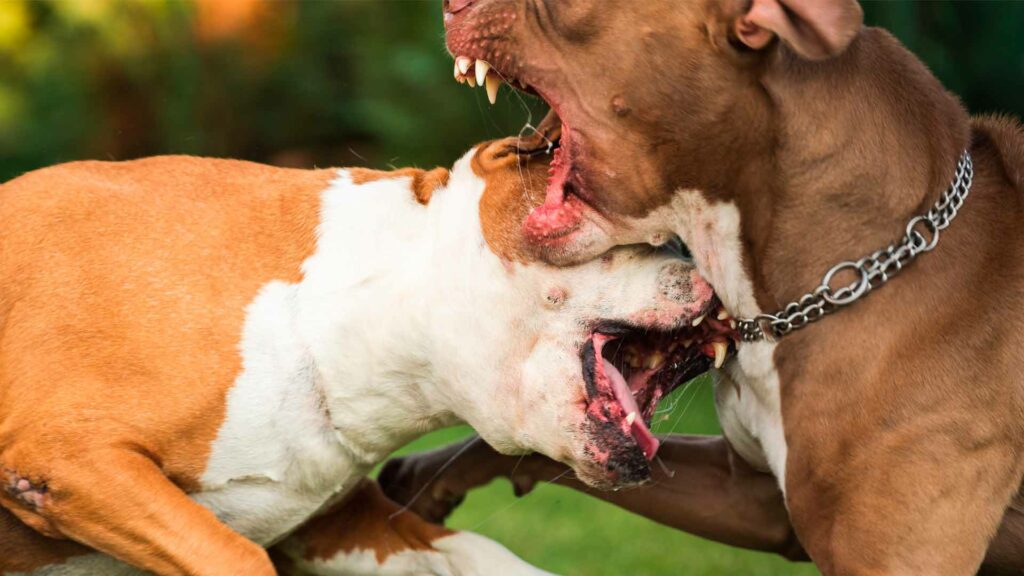 How To Discipline A Dog
After Fighting? 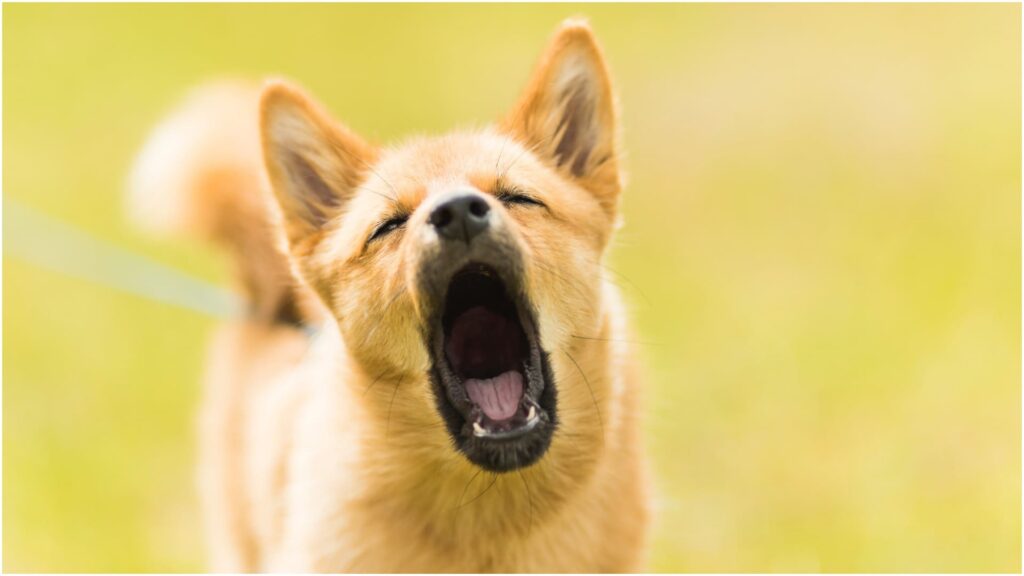 How to teach
your dog to howl?