Can A Dog Be Retarded Or Mentally Challenged?
[In-depth explanation]

Dogs are not mentally handicapped. That is a myth that needs to be put to bed. However, mental disorders in dogs do exist, and they can be treated with medication or therapy.

Can Dogs Be Retarded? It seems like a silly question, but it’s an important one. However, the answer is Yes and No.

Mental disorders are not just diseases of the human mind; they’re also found in animals. Animal behaviorists have long been able to recognize some forms of psychosis and depression in animals as well. But just because your dog reacts a little slower does not mean it is mentally retarded.

Several mental disorders exist in the canine world. This article will explore what these disorders might look like and how to tell if your dog has one.

Types Of Mental Disorders in Dogs 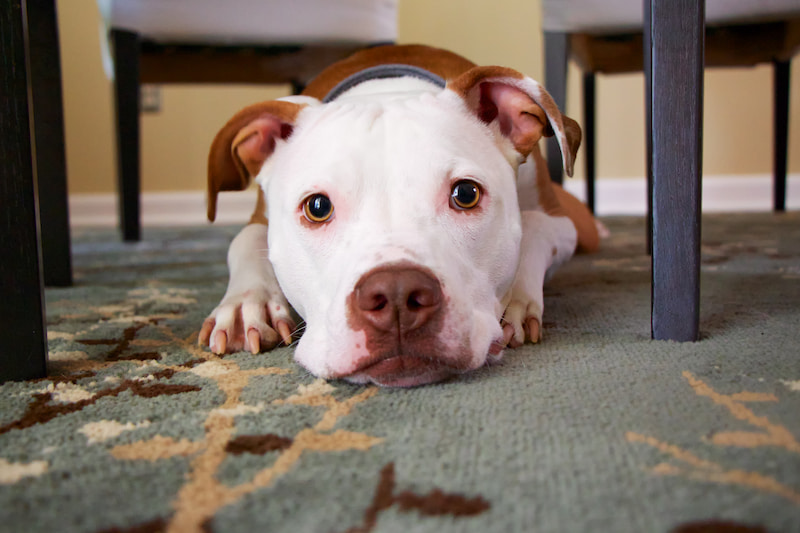 A person can have a mental disorder if they experience specific symptoms. These symptoms are related to mood, thoughts, and behavior. A mental disorder is diagnosed when these symptoms last for at least six months, and you notice an impact on social functioning or occupational performance (social, educational, or work).

Similarly, there are many types of mental disorders that dogs might have. Such as depression; which causes sadness in the dog’s life; Anxiety, which makes the dog worry about everything happening around them; OCD, where dogs feel compelled to do things repeatedly because it gives them relief from their anxiety.

Let’s take a look at a few more mental disorders:

This disorder is characterized by panic and distress when the dog’s owner leaves home for any period of time (even if it’s just for five minutes). The symptoms worsen as the length of separation increases and may include destructive behavior like chewing on furniture or urinating inside the house. It is also important to note that these symptoms may arise if the pet parent’s routine has changed, such as working from home rather than in an office.

This is a severe case of fear that can be triggered by specific sounds. There are different noise phobias, including thunderstorm phobia, firework phobia, and gunshot or explosion phobia.

The dog may start to panic when they hear the targeted noise, with symptoms ranging from panting and pacing to shaking in fear and urinating/defecating.

OCD in dogs is typically characterized by a pattern of behavior, like licking or biting themselves excessively. Dogs with OCD may exhibit obsessive behaviors with no apparent purpose (such as chewing on furniture), spinning in circles repeatedly before lying down, and pacing from one end of the room to the other.

Sometimes, dogs will just have behavioral issues resulting from something like a traumatic event in their past. Sometimes they are born with these problems, and sometimes the problem is caused by an accident or injury that occurred during puppyhood. It could also be a case of cognitive dullness, retarded growth, a genetic disorder, or symptoms of depression.

This disorder is characterized by excessive worry that isn’t explicitly triggered by any one event. These dogs will show signs of anxiety in response to events that most would not consider a threat, such as the sound of thunder.

If you suspect that your dog has one of these disorders, but you’re not sure what it is just yet, don’t hesitate to get in touch with your veterinarian. They can do an evaluation and, if need be, prescribe medication or recommend therapy to help your pup get back on the right track.

Mental Disorders in Dog: How To Recognize 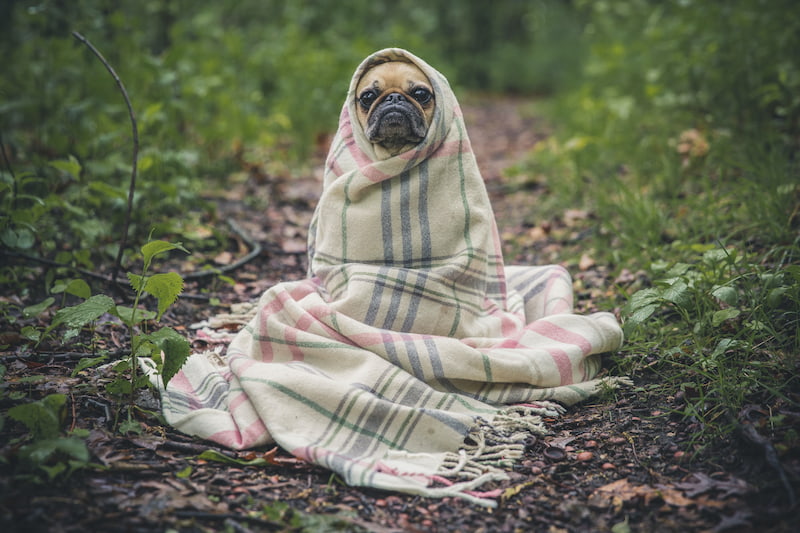 Many people don’t know how to tell if their dog has a mental disorder.

Some of the more common things that may be wrong with your dog include obsessive behaviors, lack of social interaction, or repetitive actions like circling and pacing.

However, there is no one type of behavior that always indicates a mental disorder. Instead, there are several signs to look out for when trying to identify what might be wrong. With careful observation of our canine friends, it becomes easier to identify symptoms.

The following symptoms indicate that your pet may have a mental condition.

If you think that your pet might have a mental disorder, it’s better to be safe than sorry, so take them to the vet to see if anything can be done.

What Is Cognitive Dysfunction Syndrome in Dogs?

Cognitive Dysfunction Syndrome is an umbrella term used to describe any number of conditions that affect a dog’s ability to learn new things.

Although many different kinds of cognitive dysfunction exist, most cases involve a combination of three main symptoms: disorientation, lack of motivation, and memory loss. All of these can occur together or separately. Still, they usually appear as part of a larger pattern of neurological damage.

Dogs suffering from CDS typically lose interest in what they previously enjoyed, such as playing fetch or chasing balls. They also start acting strangely, like wandering aimlessly instead of following commands.

Finally, they begin forgetting simple things, such as remembering where they left their toys or food bowls. As mentioned above, these changes don’t happen overnight — they take place gradually over months or even years. As a result, dogs with CDS sometimes get worse over time, while other times, they improve.

If you notice any of these symptoms in your own dog, he probably suffers from CDS.

Nevertheless, don’t panic if your pup seems to be acting strangely because this can happen to almost all dogs.

Instead, talk to the vet about it. He’ll likely recommend a series of tests to determine precisely what’s causing the issue. Once you know what’s going on, you’ll be able to decide whether or not treatment is necessary.

How To Prevent Cognitive Dysfunction Syndrome in Dogs

The best way to prevent CDS is to keep your pet healthy overall. This means making sure he gets plenty of exercise, eats nutritious foods, and receives regular veterinary care. It also helps to make sure that he doesn’t have too much stress in his life. For example, if your dog spends long periods alone inside a crate, he could end up developing problems because of boredom.

In addition to preventing CDS, there are ways to treat it once it starts occurring. The first step is to find out which symptom your dog exhibits. Then, work closely with your veterinarian to figure out what might help them feel better. Some treatments include medication, physical therapy, and behavioral training.

Although CDS isn’t always fatal, it does cause serious health issues for affected animals. So if you suspect that your dog is experiencing any of these signs, contact your local animal hospital immediately. You’ll want to ensure that your furry friend gets proper medical attention before anything else happens.

Mentally Challenged vs. Mental Retardation: Are they the same? 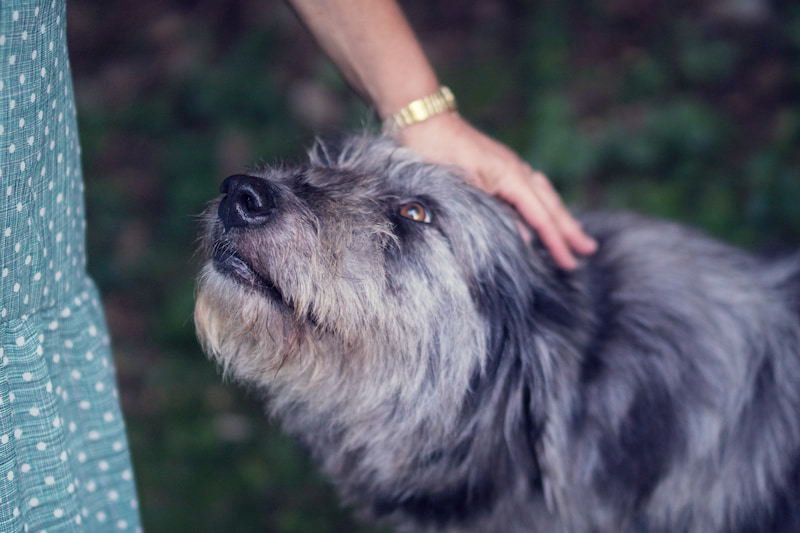 A mentally challenged person has difficulty learning how to do certain tasks due to brain injury or disease.

A mental retardate has an intellectual disability caused by genetic factors.

Both terms refer to people who cannot perform everyday activities without assistance.

However, MR refers specifically to those individuals whose IQ scores fall below 70. People with milder forms of mental impairment may still function at normal levels despite having lower than average intelligence.

How Can I Tell My Dog Has Mental Issues?

It’s important to note that just because your dog shows signs of being mentally ill, it doesn’t necessarily mean that they need professional intervention.

Many pets display unusual behaviors simply because they’ve been exposed to stressful situations. For example, some dogs become aggressive after living in an abusive home situation. Others exhibit strange habits like barking excessively or chewing on things. Still, others have trouble sleeping or eating properly.

If your pet seems unusually anxious or depressed, though, seek veterinary care right away. Your vet can conduct tests to determine whether your pooch suffers from a specific disorder. They will be able to diagnose your canine patient based on their symptoms as well as their overall condition. Once this information is available, your doctor should be able to recommend treatment options tailored to your particular case.

PTSD is an anxiety disorder that affects people who have experienced traumatic events such as war, rape, abuse, natural disasters, etc. It is also known as Post Traumatic Stress Disorder.

While PTSD is common among humans, it is rare in dogs. However, there are several symptoms that can indicate that your dog has PTSD. If you notice these symptoms in your dog, it is important to seek professional help immediately.

The most obvious sign of post-traumatic stress disorder in dogs is aggression towards owners, family members, or strangers. However, many dogs show no outward signs of distress until the later stages of the illness.

When a dog develops PTSD, it usually occurs within two weeks following a frightening experience. A scary event triggers the release of chemicals called neurotransmitters into the bloodstream. These chemicals trigger the body’s fight/flight response, causing the heart rate to increase and blood pressure to drop. As a result, the adrenal glands produce more adrenaline and cortisol hormones. Adrenaline causes increased alertness while cortisol makes the muscles tense. Both of these responses prepare the body for action.

If something feels abnormal, it is best to seek medical advice. 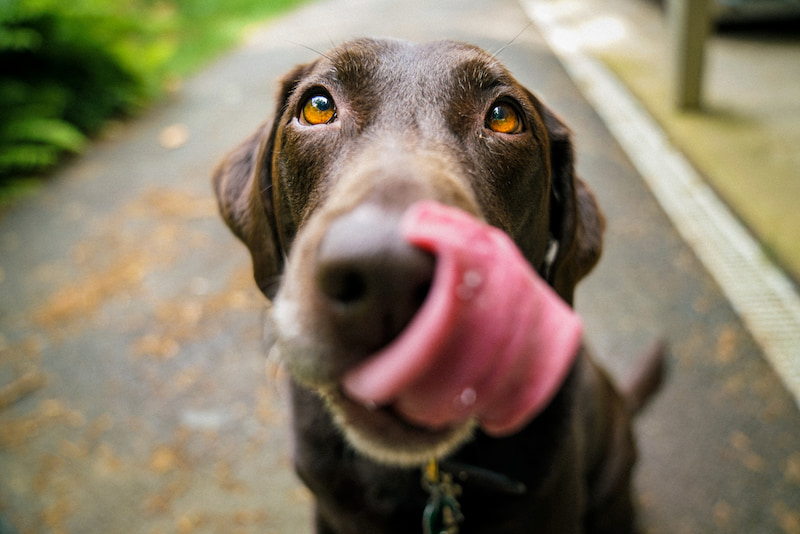 There’s nothing wrong with having a pet that doesn’t seem to grow up normally; however, if you want to avoid problems down the road, make sure that your dog isn’t getting too much attention right away.

You should give them plenty of space and lots of exercise, especially during those first few years. Also, try to keep them around people who aren’t overly affectionate towards them because excessive amounts of love could actually lead to behavioral issues.

I hope this article helped you gain insight into the mental issues that exist in the canine world. 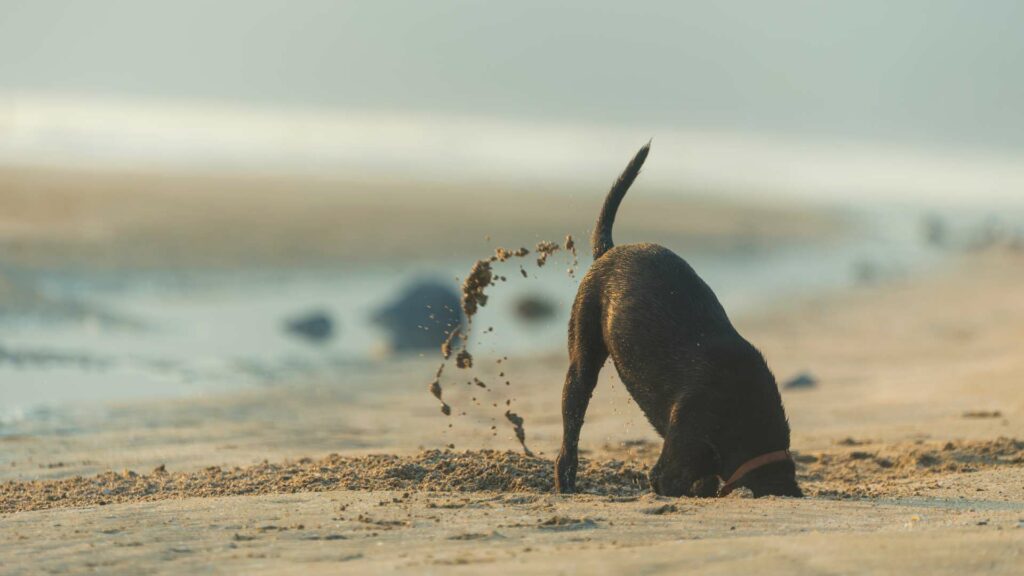 Why Do Dogs
Hide Treats? 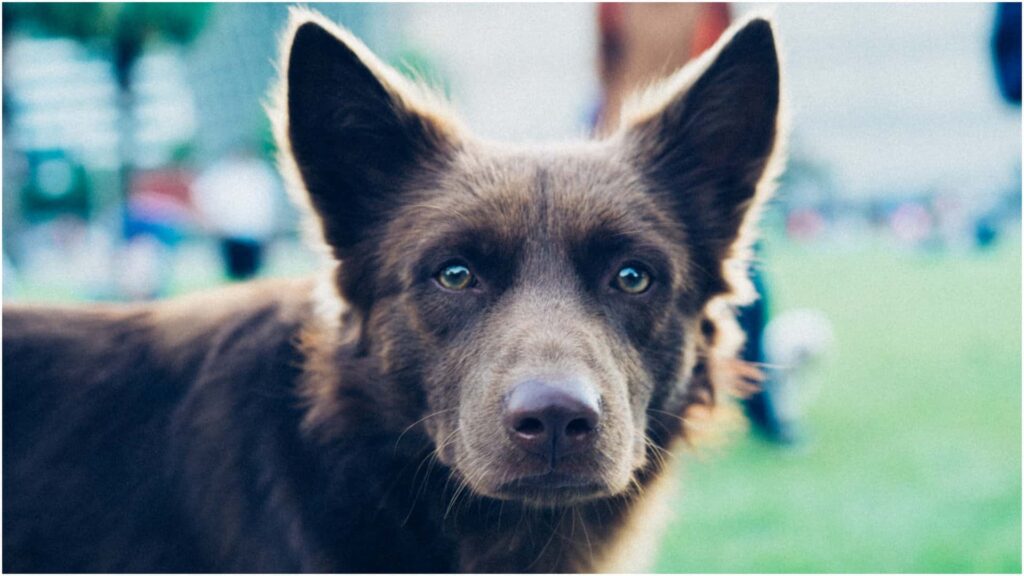 Why Does My Dog Stare At Me
When I Sleep? 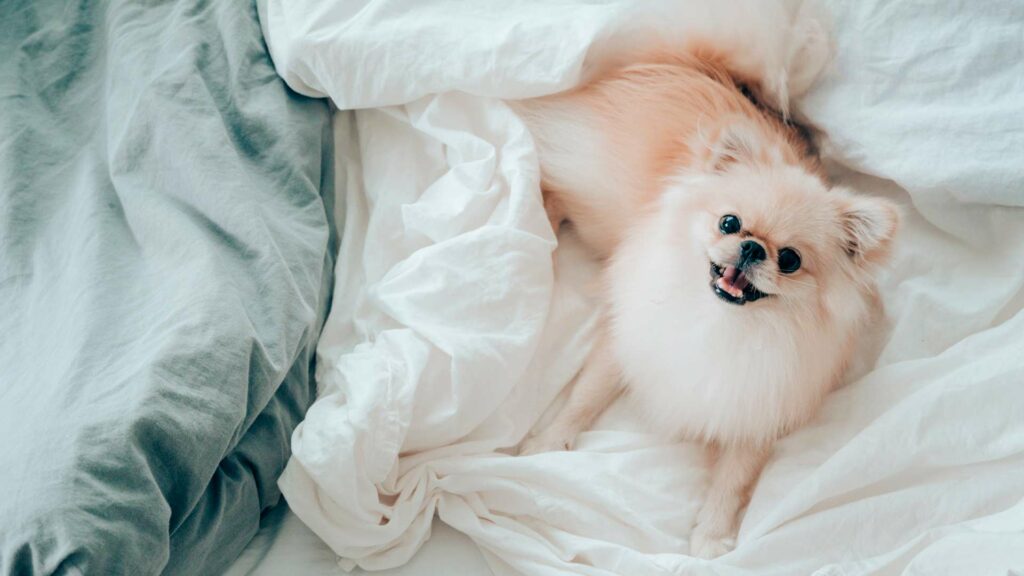 Why Does My Dog Hump Me And
No One Else?