Do Female Dogs Calm Down After Being Spayed?
[We've got you covered]

Some people say that spaying will calm a female dog, but is this true?

Spaying is the removal of the ovaries and uterus in a female dog which has been shown to lower aggression in dogs. This sounds like a good idea, right?

Not so fast! There are definite pros and cons to spaying your pet, so it’s important that you weigh them all before making your final decision.

Spaying or not spaying is a pretty personal decision, so you’ll need to brainstorm to help make your decision easier. How do you feel about spaying? Think about why you want your dog to get spayed, and if not, even then ask why?

First things first, let me make it clear to you that spaying is not the answer to all dog problems. A lot of people make the mistake of thinking that spaying their female dog will end all their behavioral issues. That is so not true.

Before you decide what to do, it’s also a good idea to discuss what you are thinking with a veterinarian or qualified pet professional. There could be something going on with your pet that you aren’t aware of that may require medical attention instead of or before getting spayed.

There are many reasons why you may choose to have your dog spayed. Some people prefer it for behavioral reasons, and others do it to prevent overpopulation and health risks. However, a commonly asked question is whether or not spaying will calm your female dog down?

In this blog, we will answer that question by examining what happens after spaying surgery, the effects of spaying on behavior in female dogs, and some other considerations. 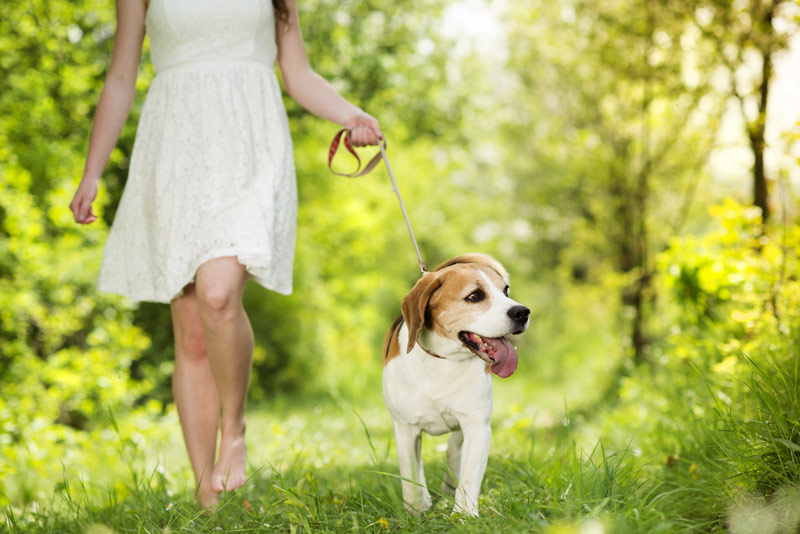 A female dog’s reproductive cycle is controlled by hormones. Female dog owners have several options for dealing with the reproductive cycle, but the most popular is to surgically remove the uterus and ovaries (i.e., spaying). A dog that has been spayed is no longer in heat and will mostly no longer be receptive to male dogs.

It is the operation to remove the uterus and ovaries. The female reproductive organs are located in the lower part of the dog’s body, and spaying surgery involves making a small incision under the dog’s belly to remove these organs.

Afterward, the veterinarian will close and suture the resulting incision site. Spaying surgery requires general anesthesia, which can be provided by inhalation or injectable drugs. Recovery from spaying surgery may be long-term (up to six weeks), but when performed at an early age, it may only require a week or two.

Do female dogs calm down after being spayed?

One of the most common reasons for a dog owner to get their dog spayed has been to calm them down or make their aggression or hyperactivity go away. One thing common between us, humans, and dogs are hormones. And we all know what a rollercoaster our hormones can put us on.

Similarly, a female dog can be a victim of their hormones’ attacks. The fluctuating trends of the hormones in their body can make the dog irritable, annoyed, and aggressive. Hormonal changes can make a female dog act out or be more aggressive than usual, and this is one of the reasons why she may be spayed.

When a female dog is being spayed, the estrogen level will drop to one of the lowest. From then on, it’s a downward trend for hormonal imbalance in the body. This happens because dogs are no more capable of having offsprings, so they have no reason to continue producing hormones at their optimal levels.

The drop in estrogen level can become an immediate reason why the dog may seem to be calmer, simply because of its effect on the female reproductive cycle. But Neutering or Spaying is simply not the answer to your dog’s aggression problems.

In many dogs, spaying has definitely helped ease their behavioral issue out. But on the other hand, we have seen dogs with practically no change in them after getting the spaying done.

Intact female dogs tend to be competitive about mating with a male dog. Sometimes, two or more female dogs will fight over a male dog. This behavior is the result of their hormonal gameplay. The same behavior can be seen among male dogs too.

Unspayed female dogs, especially in the heat, tend to attract many male dogs. They are on a high alert and lose much of the focus they would generally showcase. Also, the nature of their personality changes quite a bit. Female dogs are generally docile and calm animals, but when they are in heat, they become much more active, sometimes aggressive and edgy.

Medical and Behavioral Benefits of Spaying

Spaying does have some medical benefits too. These include reduced risk of breast cancer, ovarian tumors, uterine infections. These dogs also pass on the risks that come with pregnancy, labor, and delivery. They avoid the difficult period of heat, mating, and the rough patch till giving birth to their litter, and then also taking care of the puppies till they get old enough to do so themselves.

All of this takes a major toll on the dog’s body and keeps them on their toes as they have to keep adjusting to new things all through the cycle. This ultimately results in behavioral problems such as stress-related anger, anxiety, aggression, anti-social behavior, or hypersexual behavior (humping anything or everything).

A spayed female dog, however, has a more balanced life because they don’t have to keep on adjusting to new challenges every season and every cycle. They are able to be consistent with their routines and behaviors because there is no internal switch that needs the dog to react and adapt again and again.

Finally, you might be able to understand now that a spayed female dog may actually display signs of calmness and reduced aggression because there is more regulation over their hormones after the surgery.

Do female dogs get depressed after spaying? 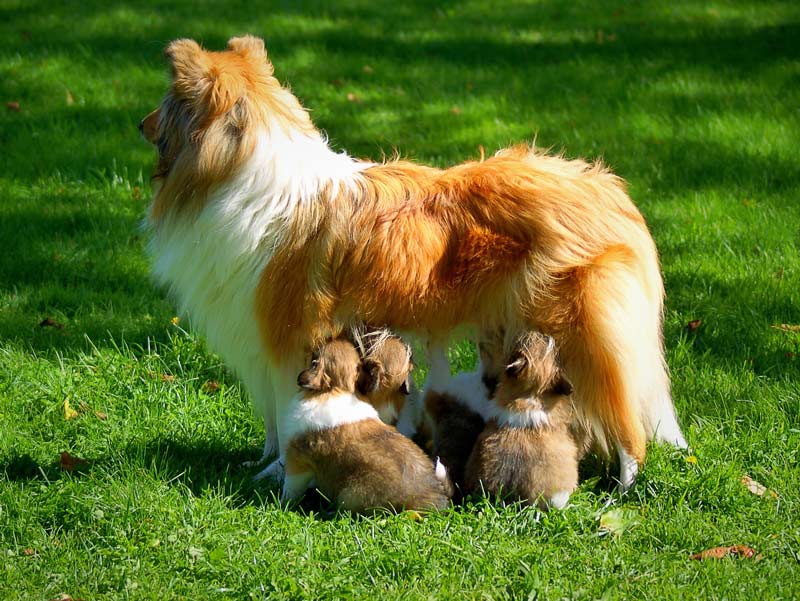 One of the reasons why a female dog becomes quiet after spaying is due to the physical discomfort they experience. It is common for dogs to be in pain following surgery and may take some time before they are able to fully recover from that. They may also have post-operative complications such as wound problems or infections.

It’s vital for dog owners who are concerned about their pet’s post-surgical complication, to speak with a veterinarian so that appropriate changes can be made. If there are any concerns, it’s best not to wait more than 24 hours before checking in with a veterinarian and looking for help.

Dogs also undergo many different medications following spaying surgery to make them feel under the weather or just plain out. These could include painkillers or antibiotics. They may also need to be kept away from other dogs and observed closely for a few weeks as they recover.

However, in the long run, the dogs generally get back to their normal behavior in not over a couple of weeks. It will be helpful for you to understand that after the surgery, your dog will require time to heal and process the biological changes that have taken place in its body.

At what age should a female dog be spayed?

Different veterinarians have different techniques and experiences of spaying. Some spay puppies as young as four to six weeks, and others wait until the dog is one year old. The decision should be made based on several factors, including the age, weight, size, and health of the dog. For puppies up to about six months old, spaying can be postponed for a few months if the puppy is small enough to remain unscarred. After a few months, the dogs should be spayed.

Many veterinarians recommend spaying female dogs at around 12 or 13 months, and some even suggest waiting until the dog is two years old. It’s important to weigh the benefits of delaying spaying against the risk of uterine cancer and uterine disorders. Some veterinarians will also spay a female dog at a younger age if their breed is prone to certain diseases or the dog itself has any special conditions.

While any dog weighing more than 2 pounds may be spayed, very few veterinarians want to spay dogs under one year old because the operation may be slightly riskier for them.

How long does it take to recover after spaying a female dog? 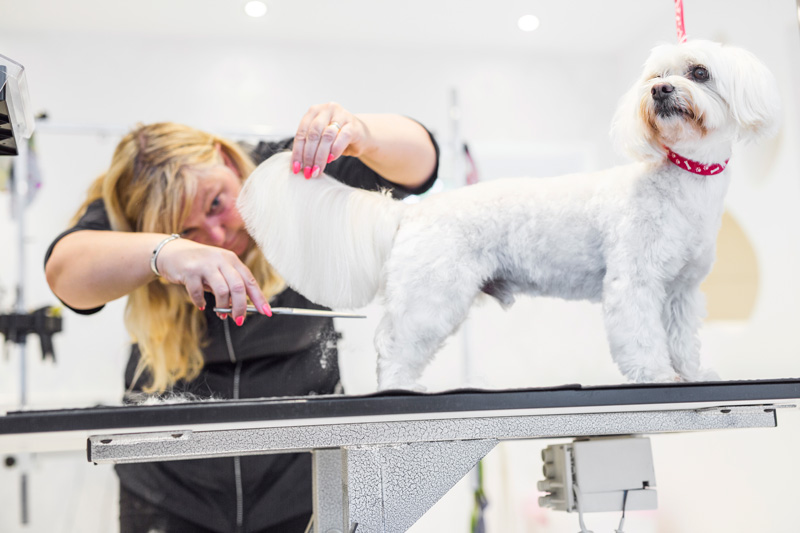 Most surgeries are done at the dog owner’s convenience, but they need to understand that recovery can vary depending on the size and age of the dog and how the surgery was performed. In most cases, dogs are able to return to total activity within two weeks or three days after surgery.

The recovery period may feel longer than usual because of the change in routine and because of how much the dog will be looking forward to being able to run around and play with other dogs again. Approximately 24 hours after your dog’s spay, they should begin walking as regularly as they did before.

There are certain types of medications used in spaying that may cause your dog to be tired for a longer time. Additionally, some dogs experience added complications during recovery because of the anesthesia or pain medication they are given.

If your dog is not eating or if you notice an increase in the amount of blood in their stool or urine, any signs of lameness or pain after a few days following surgery for more than seven days.

Or, if you notice something abnormal in the genital area, it’s essential to take your dog to the veterinarian right away. This could be a result of something called spay incontinence. 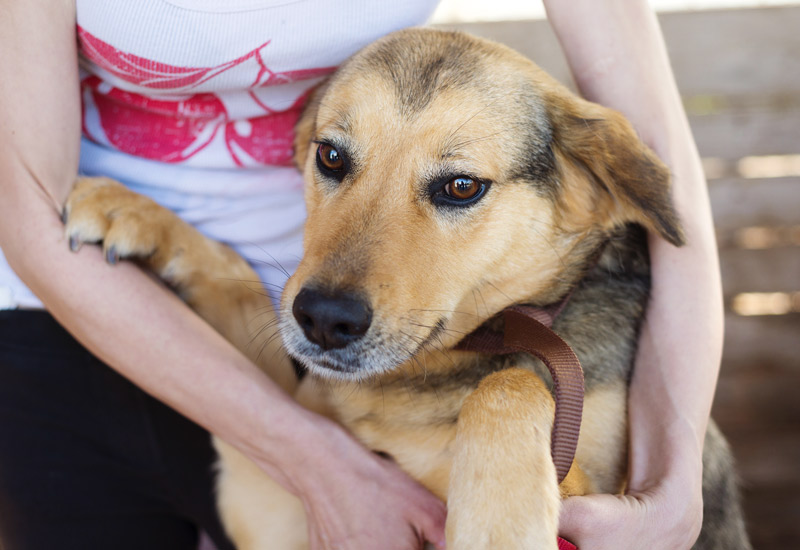 All dog owners need to understand the fact that spaying is not a means of contraception. It’s a medical procedure that not only prevents unwanted pregnancies but also a lot more physical issues.

For a dog who is spayed, there are several advantages: no heat cycle, no unwanted puppies, spaying before your dog has had any litters, large or small, ensures that your female dog will be unaware of the sexual cycle and therefore adjust better with the new biological body clock. As a pet’s parent, it becomes your responsibility first to take your dog to the vet and make sure that the surgery is ideal for them. Read as much as you want about this life-changing process for your dog, and then make the decision. 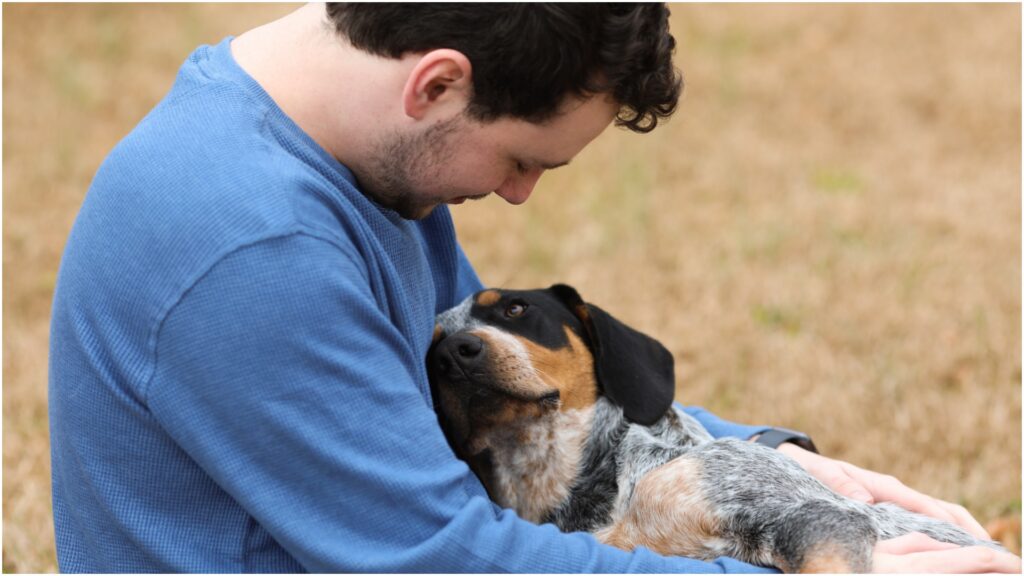 Why Does My Dog
Lay On Top Of Me? 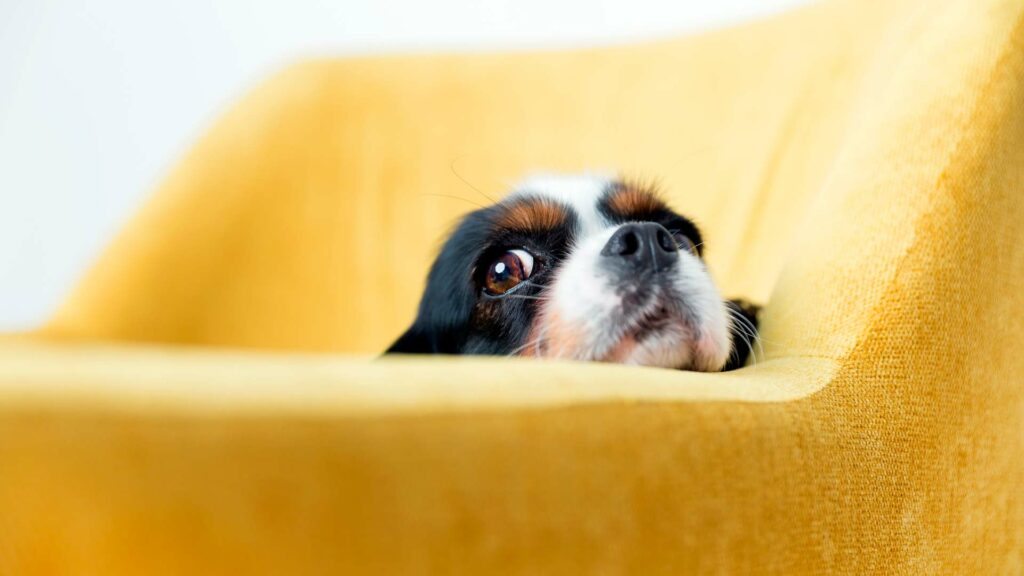 Why Does My Dog Lick The Couch
All The Time? 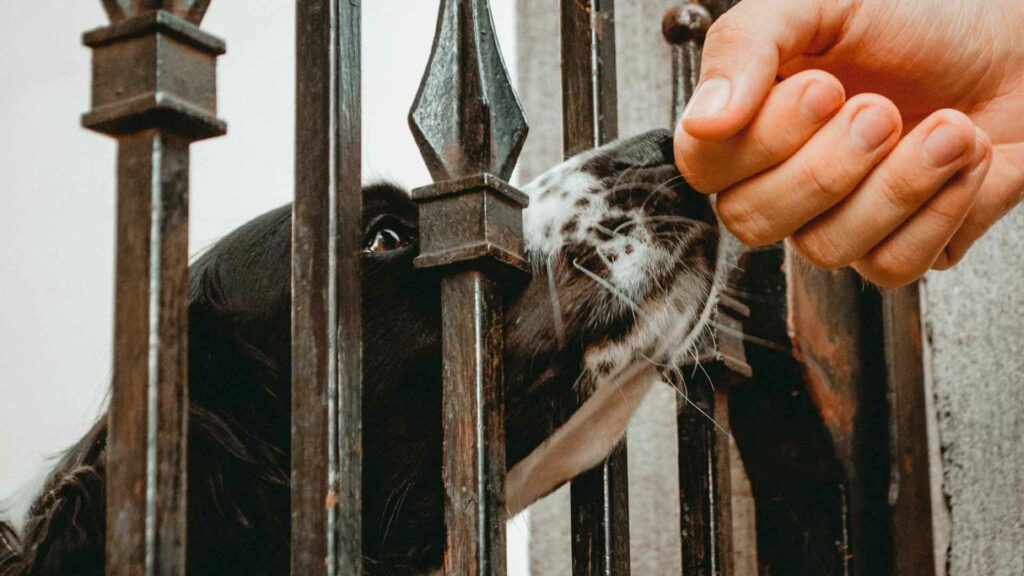 Why Does My Dog Gently
Mouth My Hand?