Do Rottweilers Attack Their Owners?
[We've got you covered]

People fear Rottweilers due to their aggressive behavior; this dog breed came to be known as killer dogs due to their human attacks. Whenever you ask dog experts about Rottweilers, they ask you to avoid these dogs due to their temperament, challenging to handle. However, they make excellent guard dogs and turn out to be ideal for people who need protection.

The Rottweiler breed needs to be well trained by owners. As dog specialists, we recommend proper training from a young age to control aggression and other dangerous factors. Let us quickly scheme over everything you need to know if you have a Rottweiler or intend to get one. And perhaps then, you will be ready to raise a young Rottie! 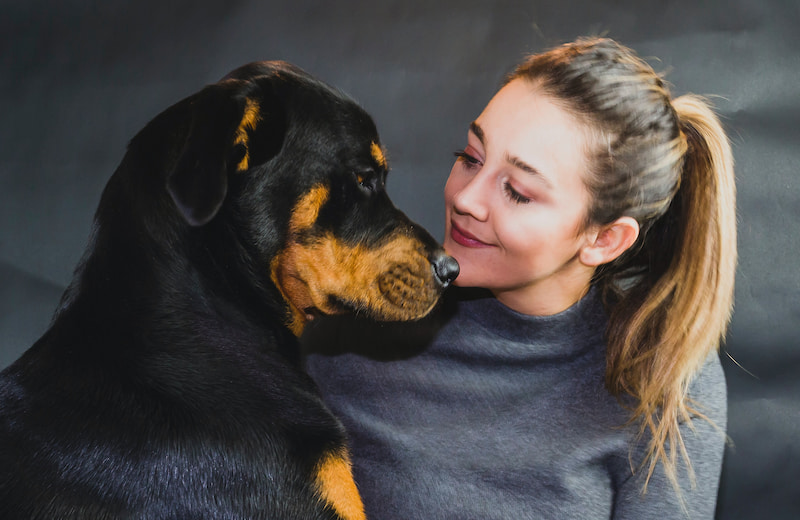 If you are on a research spree, finding out more and more about Rottweilers, then you know this breed has a reputation for being aggressive. However, Rottweiler owners’ first-hand accounts say that they are pretty friendly, loving, and nurturing. So, what is the truth? Are Rottweilers dangerous and violent? Or caring and loving?

In all honesty, the answer depends upon how you raise your Rottweiler. The way you treat dogs during their puppy stage has a significant impact on their adulthood. It might come in handy as an owner to know what kind of aggressive behavior your dog can portray if you fail to provide training properly. So here are the types of aggression found in Rottweilers.

Much like other dogs, we can trace back the aggressiveness in Rottweilers to their genes and temperament, which is unique for every dog. You will find Rottweilers that are the ideal service dogs and therapy dogs. On the contrary, some Rottweilers face issues due to irresponsible owners and breeders.

Rottweilers are not the most friendly animals, especially when it comes to other dogs. They do not tolerate hyperactive dogs and can pose a threat to them. In addition to that, same-sex dogs also do not get along well with Rottweilers, but they might make an exception for opposite-sex dogs. According to the American Kennel Club, we should not shame them for this attitude.

It is indeed true that Rottweilers are not the best pet for everyone. They have a certain seriousness in their attitude, and they are difficult to socialize. Experts say that Rottweilers are not meant to be all friendly and loving with strangers and must keep to themselves. Albeit, they should know to distinguish a friend from an enemy. Their protective aggression can be beneficial to many people, but we should control it.

Rottweilers are excellent guard dogs, they feel the urge to protect their property, and these dogs take this responsibility seriously. Owners need to introduce new faces to Rottweilers before allowing them on your property as per the American Kennel Club. These dogs are hyperactive towards most stimuli which is a part of their territorial aggression.

How To Control Such Aggressive Behavior In Early Stages? 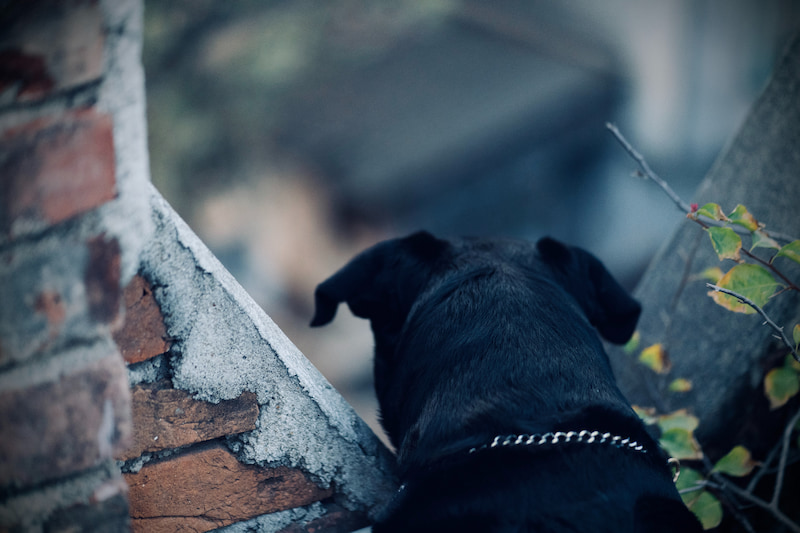 Starting from the front line is the key here. You must get your Rottweiler from a proper and well-known breeder. Genes play a vital role in building a great temperament, so do not neglect this part. It lays the foundation for the behavior of your Rottweiler.

The next step is training! The puppy phase is the ideal time to start training for every dog; the same goes for Rottweilers. We recommend hiring a professional and certified trainer because handling and teaching these dogs is a delicate matter. Please be present during your dog’s training, do not leave them alone, and supervise the training sessions.

Rottweilers are one of the few dog breeds with inter-dog aggression. Early socialization during their puppy stage will be helpful, but it still won’t make them chirpy and friendly like Labradors. Simply because it is not in their temperament, and we should not expect it from them either.

As an owner, you are responsible for your dog’s actions, and you cannot risk your dog harming other people. You must get them accustomed to meeting humans other than you, so they do not become aggressive at the sight of one. If you fail to do this initially, your dog might attack every other person or a child, who is the last thing you want.

Attacking a stranger who trespasses on your property or tries to break in is a positive sign for guard dogs. However, you don’t want your Rottweiler to attack every visitor you have. Ensure you calmly introduce your Rottie to the people you’re having over, or else the situation can be troublesome for everyone.

How To Handle An Aggressive Rottweiler?

If it is too late for you and you already have an aggressive Rottie, then our experts have studied a few ways through which you can bring their aggression under control. As a dog owner, we want you to have a positive mindset towards these methods and use them because they are all tried and tested. If all of these techniques do not help, you can seek professional guidance from an expert trainer or a dog behaviorist.

Are Rottweilers Aggressive Towards Their Owners?

Two factors contribute to a Rottweiler’s aggression that might harm the owner. The first one is an untrained and ill-bred Rottweiler, while the second is an inexperienced owner. Rottweilers attack their owners if they mishandle; this a response based on fear.

They can also indulge in this behavior if you take away their resources such as a toy or food, known as resource guarding. Apart from that, Rottweilers have dominance issues because they see themselves as the pack leader. They have a tainted reputation in the media; it covers only Rottweilers’ fearful and negative aspects. This breed can also be loyal and loving towards its owner if raised with patience and caution.

In conclusion, we do not recommend a Rottweiler for first-time owners. They can also be a potential threat to your family and children if you fail to provide proper training. We are aware of their reputation in the media, but dogs only turn out based on how you raise them. Therefore, if your Rottweiler is aggressive and dangerous, you know who’s the one to blame!

Don’t let the misconceptions based around Rottweilers stop you from getting one. If you’re ready for commitment and treating your Rottie with patience, then one day, your puppy will grow into a fine and capable dog. On the contrary, if you feel overwhelmed by the responsibility of handling a Rottweiler, then this breed is simply not meant for you.

Do Rottweilers
Bark A Lot? 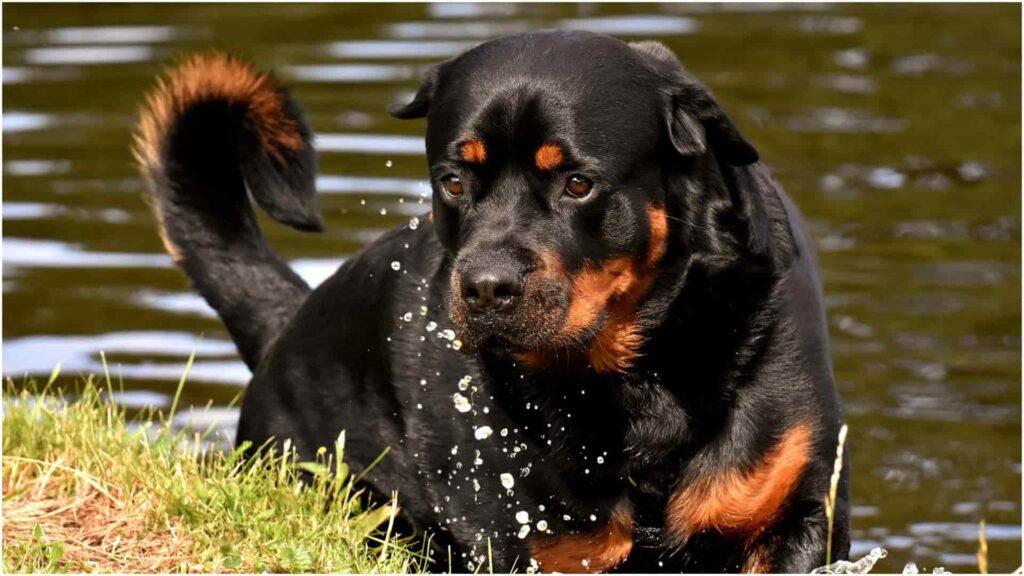 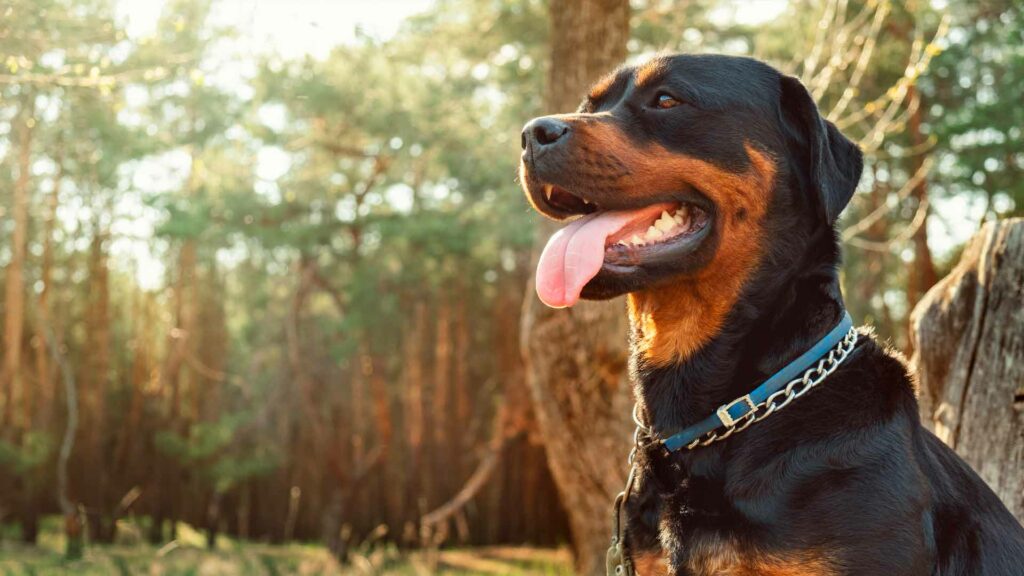 Are Rottweilers
Good With Cats?