Does My Dog Think I’m His Mom?
[We tell you everything]

Taking care of a dog, especially a puppy, is very similar to taking care of a child. You have to keep your eyes on them all the time, making sure that they don’t get into trouble or hurt themselves by mistake. Keep their tummy filled to avoid tantrums, taking them to parks, and playing with them. These are some of the things you have to do if you have a puppy or a child.

It’s common to see dog owners treating their canine buddies as if they were their kids! As owners, we like to assume parental roles. Some even carry their puppies in strollers while dressed in fancy dog clothes, and some just want to baby talk with their puppies.

Let’s say that you recently adopted a puppy. We are pretty sure that you’ll treat it as your child. You take them on walks, buy their favorite treats, play with them, allow them to sleep on your bed and whatnot. But the main question here is, does your puppy think you are their mom?

The answer is yes and no. Your dog knows very well that you are a different ‘breed.‘ Even though they know that you are not their parent, your dog will choose to accept it because of many reasons. Let’s dig deeper.

How Does Your Dog Know? 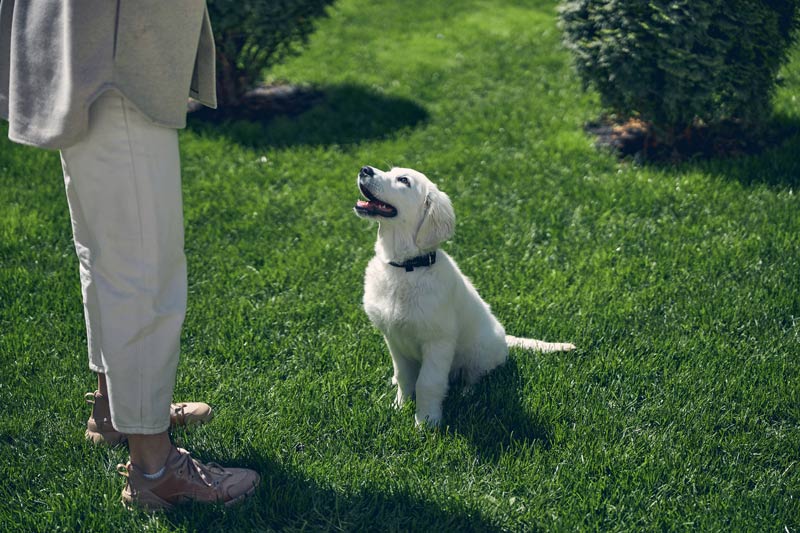 First of all, there’s nothing wrong with assuming a parental role in taking care of your dog. It always feels good to take care of someone, be it a human or an animal.

Have you ever wondered how your dogs see that you mean well and wish to have them in your life? While your dog will display acts of behavioral affection and adoration towards you, this has more to do with their trust and love for you. Along with confidence, they definitely think and use their senses to identify you and your emotions.

The Secure Base Effect

Various studies conducted by Animal Behaviorists suggest that dogs believe that you take up a parental role in some situations. For example, think about how your dog behaves when you take them to an unfamiliar place. The chances are they might act shy or scared as they don’t know this particular place.

But the second your dog sees you, they leave a sigh of relief and tend to behave much more normally than before. These kinds of quick changes can be seen when you take them to a Vet’s office or a new park.

What does your dog do when they encounter something scary like a big fierce dog? Your dog will most probably cower behind your legs and ask for your help to control the situation.

This type of behavior is called the Secure Base Effect, and it can be seen in small kids. Kids tend to bond with their parents or caregivers and use them as a Secure Base when children feel uncomfortable. You might have seen kids acting crazy, and the moment things go wrong, they’ll be searching for their parents.

You should be happy that your dog uses you as a Secure Base, which shows that they trust you, and the relationship between you and your dog goes much deeper.

One of the ways they know you is with the sense of smell. Many studies say that dogs have more than 200 million receptors in their nose, whereas humans have only about 5 million! Because of this factor, their olfactory glands are 100,000 times more sensitive than ours.

As a result, dogs will be able to remember different sorts of scents compared to humans, and they’ll be able to remember scents that you give off. This ability is the main reason why cops and airport authorities train dogs to identify traces and sources of contraband substances. So don’t be surprised when your dog brings the treats that you kept away from them.

When it comes to the recognition of humans, dogs can decipher the odor-causing secretions from one person to another. Try to remember the first time when you brought your puppy inside your home. Most probably, your puppy spent the first few hours roaming inside and outside all the rooms and sniffing all the things that came into their sight.

They do the same thing when you take them to a new place, like for a walk. Your dog will be much more excited and hyperactive because they have a sensory overload. They are using their sense of smell to understand and identify their surroundings, and in a couple of days, they’ll know all the nooks and crannies of your house.

So don’t think that you’ll win while playing Hide and Seek with your dog because we both know very well who’s going to be the winner.

You might not know how crucial it is to let your dog sniff their surroundings. Remember this: When you go out for a walk with your dog, do not pull their collar when they are trying to grasp the environment.

Many animal behaviorists say that not allowing dogs to exercise their noses and other senses is a form of sensory deprivation. Doing so robs them of the information they need to understand what is happening around them.

Not allowing your dog to sniff the things around them can be very stressful as they need the odors to figure out things around.

As per the research done at the University of Helsinki, researchers discovered that when they showed dogs images of their owners, they held their gaze on their owners’ eyes compared to other images. This finding was reinforced by another study conducted at the University of Padua, Italy. In that research, they obtained the same results. The dogs gazed at their owners for much longer than watching a stranger.

The scientists covered the face of the owner to ensure that this was due to sight rather than the sense of smell. This time, the dogs were much less interested in watching the people.

These two studies show that dogs can recognize their pet parent’s faces, meaning they will be able to know whether you are happy, sad, or angry.

Our dogs are always sniffing around for treats and potential toys, But do you think our dogs smell our emotions? If your dog seems to comfort you when you’re feeling low or fidget when you’re afraid, there may be a proper reason for that.

Related to the study on ‘sense of smell,’ another study conducted at the research institute – University of Naples suggests that dogs can see and sense human emotions.

The scientists tested if dogs could detect the emotions of their owners only with their strong sense of smell/scent. Researchers showed the dog owners parts of The Shining or The Jungle Book to bring out fearful or happy responses for this study. After making them watch the videos, the researchers took a sample of their sweat.

Later on, these samples were exposed to the dogs to record the reactions. It showed that when some of the dogs were presented with ‘fear scents,’ it had increased their heart rate, and they expressed several signs of stress compared to the dogs exposed to ‘happy scents.’

Dogs exposed to the ‘happy scents’ were much more relaxed, and they did not need much attention from their owners. The stressed dogs had to be removed from the test, and they needed more comfort and the presence of their owners.

By the end of this study, they concluded that dogs were good at identifying different emotions that their owners expressed. However, we cannot confirm or deny whether this emotional recognition is a congenital canine trait or something that developed over years of upbringing.

Either way, it feels good to know just how aware our dogs are of our emotions. 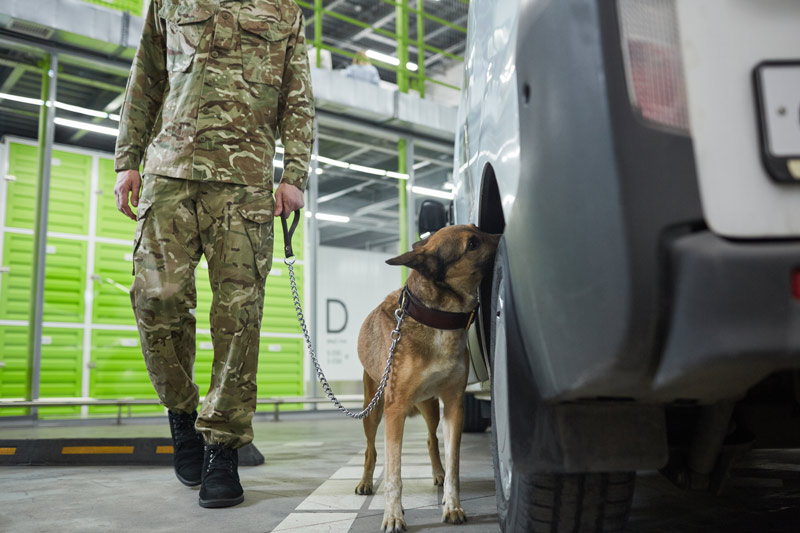 At last, there’s no proper way to know whether your dog sees you as their mom or not. But let’s take all these research conclusions and your dog’s social behavior into consideration. We can conclude that there’s likely some maternal relation between you and your dog.

Dogs are simple creatures, and they are pure at heart. They love to have their owner’s attention, love, and all the tasty treats you give them. How they interact with humans makes us wonder whether dogs and puppies think their owners are their parents.

It is quite possible that your dog sees you as their parent but not in the traditional sense that humans see. Your dog, in time, will develop to use skills and the things they learned from the interactions to understand you and your presence in their life. 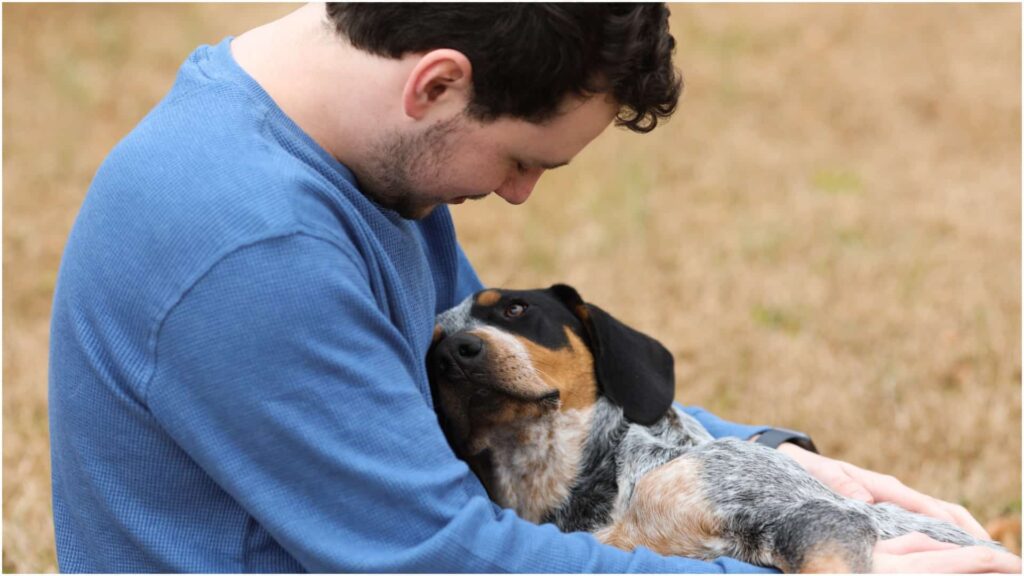 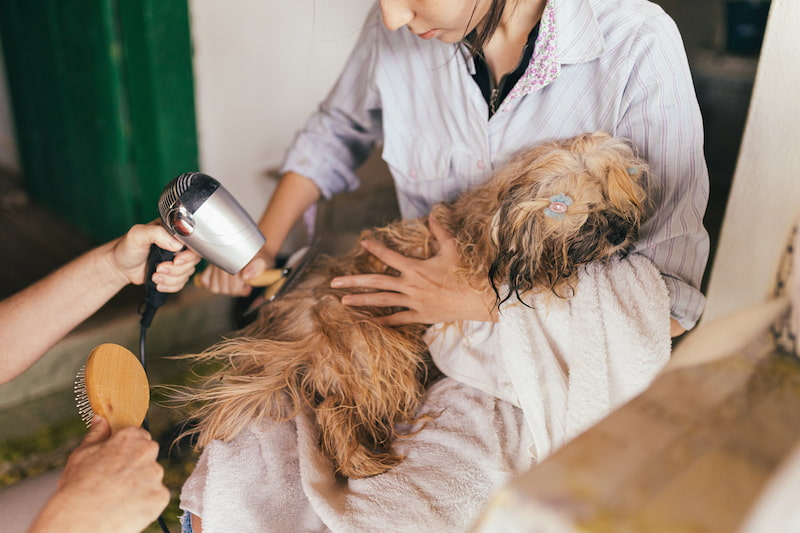 Why Do Dogs Go Crazy
After A Bath? 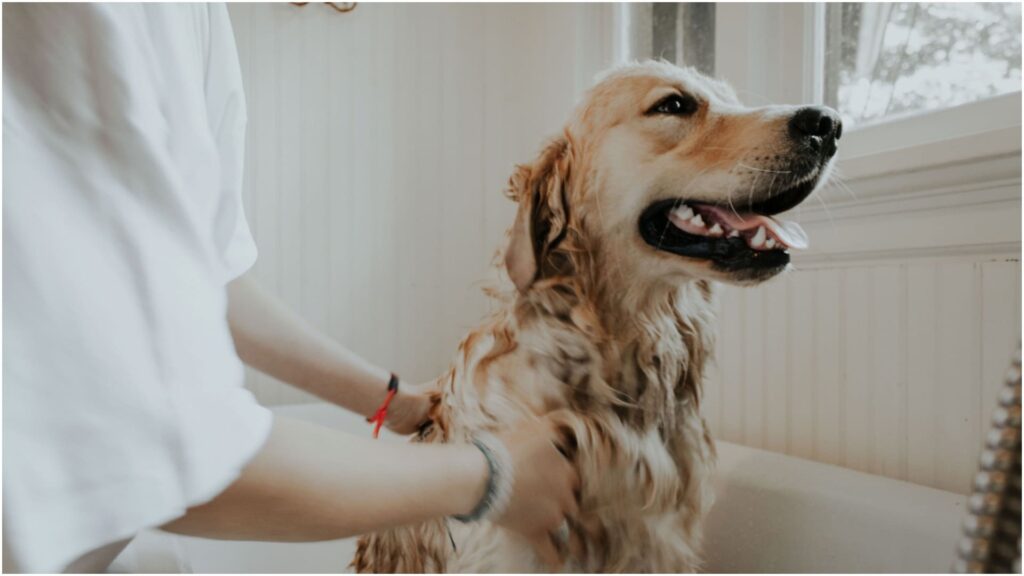 Why Does My Dog Follow Me
To The Bathroom?