Why Do Dogs Protect Human Babies?

Dogs are gentle with children, and they can form strong bonds with them due to the time they spend together. If you think about it deeply, both a puppy and a baby share the common interest of playing and exploring their surroundings. If your dog and your child have grown up together, their bond is inseparable. In addition to that, the relations that these two build can be physically and psychologically beneficial for both parties.

Human babies also experience genuine happiness in the presence of dogs. In recent studies, scholars have observed an increase in the serotonin and dopamine levels of children who interact with dogs. There’s no reason to deprive human babies of the purest form of love we receive from our canine friends. We commend your effort to learn about dog psychology and behavior; here’s a brief read to complement your curiosity.

Why Does Your Dog Love Babies?

If there’s anything that comes close to beating the cuteness of dogs, it is our babies. Some dogs have a genuine liking towards children, and our experts say that this bond fuels by similar world view and experiences.

Dogs and babies are two entities that look at the world with fascination most of the time. They also share the same desire of having a playmate and someone that showers them with attention. It sounds like a recipe for a perfect friendship, the bond that forms between a puppy and baby is unmistakably blissful.

How Can Dogs Be Gentle With Babies? 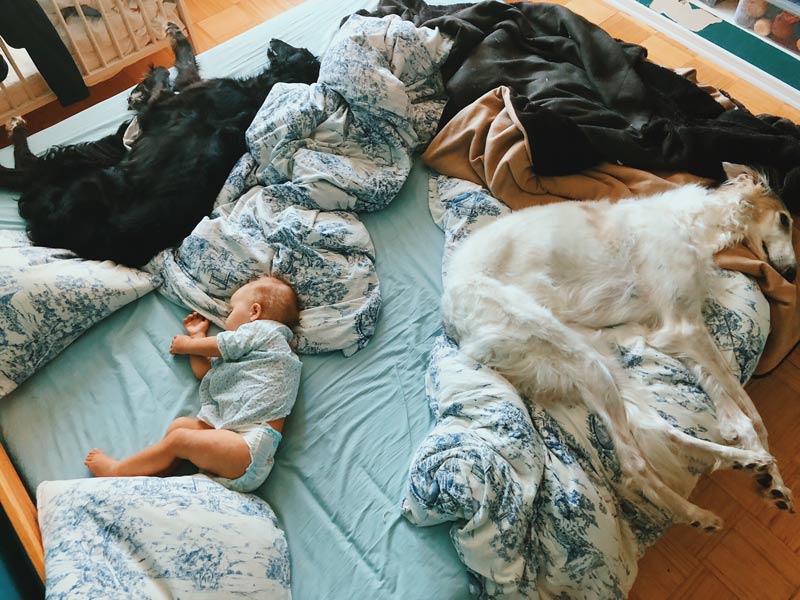 Dogs are intelligent beings with protective nature. They instinctively want to protect the youngest family member. For years, dogs have been pack animals, which is one of their wired responses to hierarchy. A dog releases dopamine in the presence of a child, so you know that even their biology makes it enjoyable to play with babies.

Dogs are brilliant; they understand that babies are defenseless family members and not just a tiny human. They strongly feel the urge to protect and be gentle with babies for various reasons our experts have observed.

As weird as it sounds, dogs can tell that babies are not just short people due to their appearance. Many dog owners are concerned about how dogs distinguish between adults and children. It is pretty simple; they do not use rocket science but instead rely upon their common sense.

Somehow, dogs know that if puppies are small, then human puppies should also be small and hence vulnerable. We have genuinely underestimated dogs for all these years because they seem to understand much more than we can fathom.

Sense Of Smell In Dogs

Dogs are known for their sense of smell. But did you know that these animals are also capable of detecting cancer? Just through their smelling abilities! Thanks to their 200 million olfactory cells! Many dog owners have claimed that puppies have sweeter breath when they are young due to consuming their mother’s milk.

The same goes for our children, who have a distinct fragrance that attracts dogs. One doesn’t need a superpower like dogs to smell and tell that babies have a different aroma; we can feel it around the entire house.

A study says that elephants feel the same about us as we feel about cute babies. Isn’t that sweet? Just like humans, other animals also examine and respond to appearance. Most newborn babies of mammals have similar features, such as smaller body proportions to their adults, large eyes, and oversized head.

Humans quickly react to this appearance and categorize it as ‘cute.’ Similarly, dogs also instinctively respond to the appeal of a human baby and feel the need to be gentle and protective. We cannot entirely decode their thought process, but our observations imply this matter.

Why Do Babies Also Love Dogs?

In the scientific study to understand children’s love for dogs, researchers interviewed several children in different households about the feelings of companionship, conflicts in relationships, satisfaction with relationships, and communication.

These were general questions about all their family members, and to everyone’s surprise, children had the least conflict with their pets! This study yet again proves that humans are pathetic, and dogs are lovely. Okay, maybe we got a little carried away there? But that is a hard-hitting fact! Children loved bonding with dogs because they were less problematic. 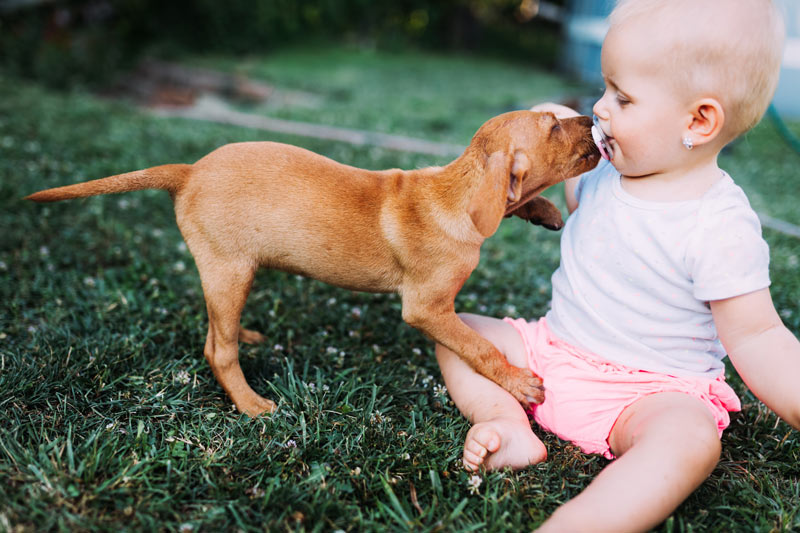 Along with all the physical benefits, children also reap mental health benefits. As per the American Kennel Club, kids who grow up with dogs show better cognitive abilities and self-esteem. These children also have increased compassion and decreased stress levels.

The companionship of dogs from a young age generally gives them a positive and happier outlook towards life. We can entertain the thought that perhaps babies instinctively know how partnering with dogs is great for them in the long run.

Dogs That Are Extra Protective Of Babies

It should not be surprising to discover that dogs who love babies will put their life on the line to protect those babies. Like we discussed earlier, dogs are pack animals, but some of them can go the extra mile to provide security to their little human pals.

It is mainly applicable to dogs bred for herding, who will not let a baby go missing or allow anyone to harm the baby. On the other hand, lazy or couch potato dogs might not feel inclined to perform similar actions. 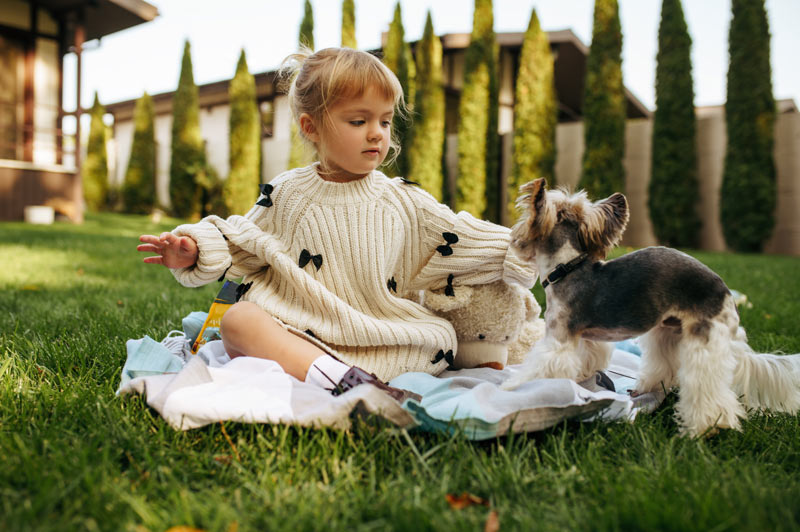 Oxytocin is known as the cuddle or love hormone. This hormone strengthens bonds between two individuals, irrespective of the dynamic of the relationship.

Studies have shown how mothers with higher oxytocin levels tend to mother their infants more, and in return, the child also released oxytocin, creating a positive feedback loop.
This loop also takes place during the interaction of humans and dogs. As a result, dogs receive a burst of oxytocin while cuddling and snuggling a baby. This hormone is responsible for activating the reward system by releasing dopamine in the brain. In simple words, we can say that cuddling is rewarding to both babies and dogs.

Varied Levels Of Protectiveness In Breeds

There are four categories of dogs, described below. All of them vary in levels of protectiveness.

Such dogs become stressed when they separate from their packs. They lack confidence and are often confused when an unusual situation arises. These dogs can also bite or chase when they are under pressure.

A dog with fight drive is naturally confident in his/her abilities at all times. They do not fear enemies and put on a great fight. Guard dogs tend to have this drive, which allows them to protect the pack, territory, or property. These dogs also have great reaction timing and act well under stressful situations.

Dogs that are naturally inclined to chase things have a prey drive. These dogs will run after anything to hunt it; they can steal food and even pounce on something. If that sounds anything like your dog, they are born with a prey drive.

Pack dogs are ideal family dogs because they love to socialize and be around people. These dogs believe that everyone around them is a part of their pack.

These drives can not be generalized to breeds, so the best way to ensure that your dog is excellent with babies is to provide proper training and socialization at an early age. 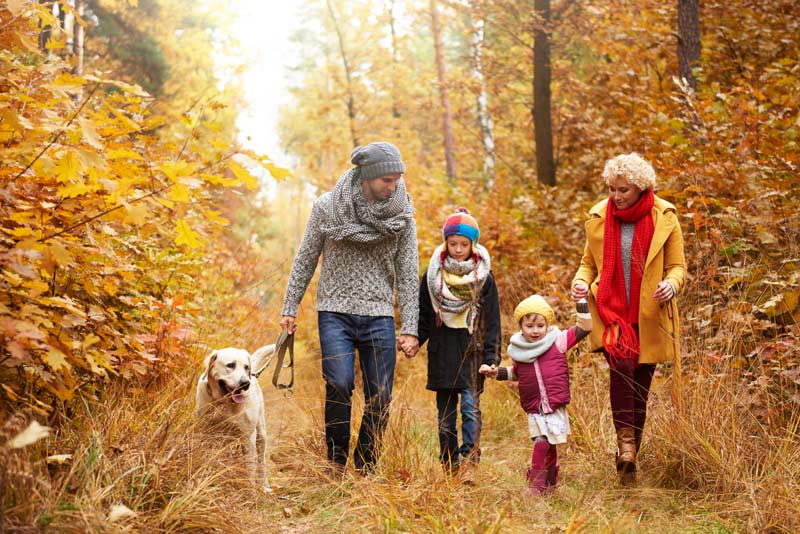 As dog owners, we must teach our pets to be gentle with babies. Dog’s pick up on our body language and demeanor; if we maintain a calm and composed posture around babies, they understand the situation’s sensitivity. The key to making your dog act cautious around babies includes early socialization with infants as a part of their training program.

Do not hesitate to ask for help from a professional dog trainer if your pet exhibits unusual and unacceptable behavior around babies. However, no matter how well trained your dog is, do not leave your baby unsupervised with a pet. We understand that you trust them, but this is a matter of safety that feelings should never cloud.