Why Does My Chihuahua Shake?
[All you need to know]

As a pet parent, the sight of your tiny Chihuahua shaking or trembling can be scary to see. But if you ever ask a professional dog trainer about this situation, they would tell you there is nothing to be overly panicked about, in most cases.

Shaking comes naturally to this dog breed in general. However, this may not always be the case.

It is essential to understand the causes behind this behavior and ways to get rid of the shaking. We will examine 15 of the most commonly seen causal links and tips to avoid the behavior in this article. The reasons can vary from anxiety, low blood sugar levels (Hyperglycemia), cold climates, and poisoning. So the next time you see them shivering, assume the worst and take them to a vet immediately for assessing the problem.

Sometimes the shaking can be accompanied by other signs like vomiting, diarrhea, or limping. Never experiment with your dog’s life by performing self-medication. So, without any further delays, let’s cut to the chase and understand why do chihuahuas shake so much. Anxiety is highly evident among small-sized dog breeds, including the Chihuahua. Your buddy may be shivering as a result of an excited state of mind seeing you or your family members arrive at home. Dogs can also get riled up seeing another dog/animal in their vicinity. A bit of stress does not cause harm to you or your dog, for that matter. However, if this issue persists frequently, it can be a cause of concern and demands medical attention at the earliest.

Do you leave your dog alone at home for extended hours while you go to work? Then, the shaking, along with the sounds of whining and howling, can be a clear indication of Separation Anxiety for your pup. They begin to display the symptoms a few minutes after you, the dog owner, have left the house.

Chihuahuas neither have sufficient fur nor body fat to protect them from cold weather. Therefore, they resort to shivering as a mechanism to regulate body temperature. We advise you to provide them thick blankets to snuggle under or make them wear a cozy little sweater when it’s nippy outside.

Around 10% of all Chis are victims of this health issue – Hyperglycemia or low blood sugar. A possible solution is to feed them the same quantity of food but at closer intervals. This means breaking up their larger meals into smaller meals across the day. If they are shaking a lot, you can squirt some water-sugar solution into their mouth, which will calm them down in no time.

The last thing you want is to not provide your dog with vaccines at the required times. If your Chi is affected with the Distemper virus, they will start to show an array of distress signals such as fever, coughing, diarrhea, discharge from eyes and nose, and vomiting.

In addition to these issues, it can also affect their nervous system activity in the form of lack of coordination in movements and shivering/tremors. This requires immediate treatment against the virus before things get fatal for your dog. The severe cases of resulting dehydration would require excess fluid intake. Also, the treatment would involve substantial doses of antibiotics, airway dilators, along with physical therapy to improve their weakened body state.

Several substances and edible items for humans can be poisonous to dogs. These include chocolates, Xylitol (a sugary ingredient used in chewing gums), cigarettes, antifreeze, and insecticides. If you think they have consumed any such substances and show signs of distress, never delay medical attention as it can prove deadly.

We strongly suggest you call your local animal poison control center for assistance. Never hesitate to contact your trusted vet during such emergencies. There are many ways your Chi can poison themselves.

One of the Chihuahuas in our dog training center got into some severe trouble by consuming some chemicals by licking the surface disinfectant applied on the floor. The dog, Jenny, was trembling more than usual and one of our staff suddenly pointed out that the pooch had licked the cleaned floor a few minutes back. We rushed to the vet, and luckily no harm befell the innocent pet.

Here are some of the usual signs of distress dogs show while they are poisoned:

We understand that one of the most common reasons Chihuahuas shiver is their inherently high metabolism levels. This aspect can be characterized due to their small-sized stomachs. It causes them to burn the food they consume almost three times compared to some of the larger-sized dogs.

In addition, the high metabolism levels can also be attributed as a mechanism to regulate their body heat.

Shaking is one of the possible outcomes when Chis suffer from Kidney issues. Some of the other signs include: Like humans, Chis can also have excess ear wax deposits. When they are not cleaned periodically, this can lead to an infection. When this happens, they tend to shake their heads first and not the body.

We have often seen that senior Chihuahuas have a greater tendency to shake or tremble. They have an increased chance of feeling colder in comparison to a younger Chi. However, if the frequency of trembling is much above average, their health condition may be deteriorating, and you need to consider taking them to the vet soon. Also, increase the frequency of scheduled checkups with the doc as they age.

GTS is also known by other medical terminologies like white shaker dog syndrome or steroid-responsive tremor syndrome. The reason behind this is that it was initially noticed in white-colored dogs of small statures, such as West Highland white terriers and Maltese Terriers. In fact, it has been proven to occur in dogs of any color, size, and breed.

The signs associated with GTS are most commonly seen during the age of nine months to two years. The causal links behind this syndrome are still not fully clear. The treatment mainly involves Corticosteroids.

Their small sizes make them prone to get hurt by being stepped on, falling, or dropped. If you have larger dogs at home, they are vulnerable to attacks too. Sometimes they may look fine outside but may be suffering from the trauma of an internal injury.

Notice their reactions closely as they will communicate their hurt by shaking, whining, or yelping.

Keep a watch for other signs of physical injury such as:

Shivering can also be an outcome of an allergic reaction. An abrupt change in their diet is a common cause of allergy in dogs. You can point to this reaction quickly when they start shaking right after their meals. The chances are that their bodies did not process the new ingredient in the diet correctly. The best action you can take is to take them to the vet as soon as possible. 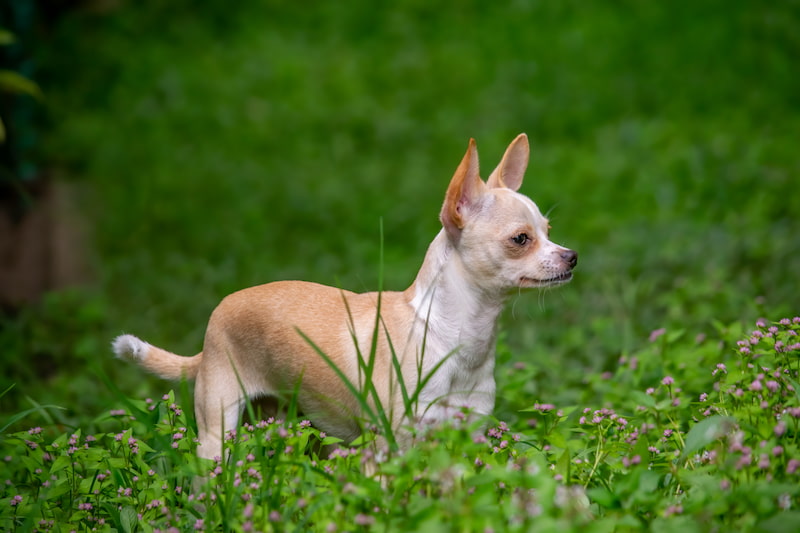 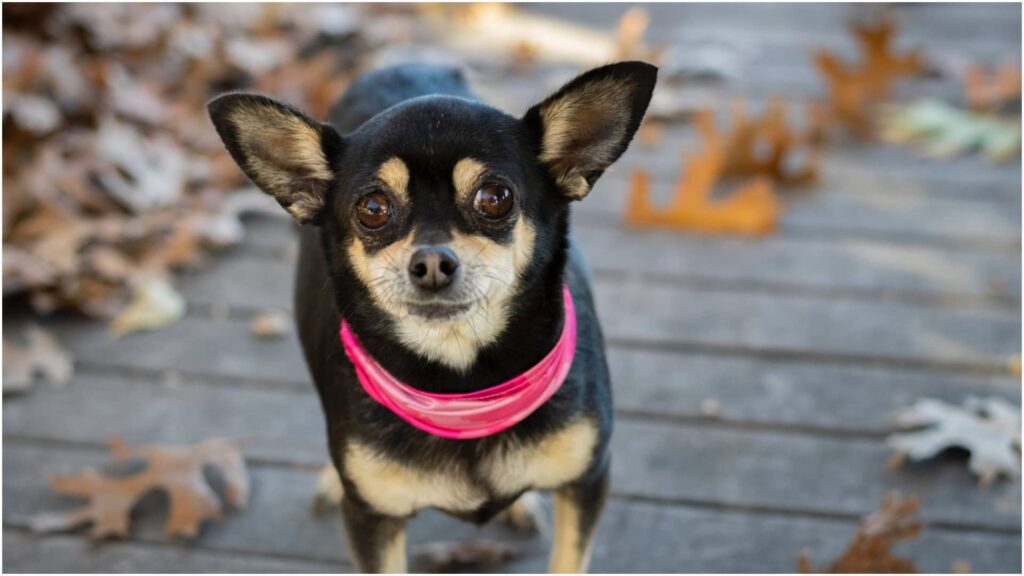 Excessive shaking in your Chi can be a symptom of them suffering from Epilepsy. In this case, they will also show other signs such as:

Chihuahuas could get nauseated for various reasons, including overeating, consuming unwanted substances, or due to mediation. In addition, damage to the kidney or liver can also be a potential cause of them showing signs of nausea.

When your Chi has not undergone adequate socialization from a young age, shaking or trembling can occur more commonly than usual. The way they interact with larger-sized dogs can be an issue. Such situations can lead to them feeling distressed.

Shaking shows that they are feeling highly insecure and nervous in the vicinity of another dog who has a larger stature. Poor socialization can also lead to stress and anxiety in Chihuahuas in the presence of other humans and animals.

So far, we have gone through several causal triggers that can lead to shaking in Chihuahuas. In the upcoming section, we will look at the remedial measures you can employ to control this shaking behavior.

Control Measures For Shaking In Chihuahuas Once you have identified the reasons for their shaking, it becomes easier to select the appropriate control mechanism to avoid or reduce it in the future. Let’s look at those:

These are some of the practical remedies you can apply to get rid of your dog’s shaking. In addition, we will also look into some characteristic traits of the Chihuahua breed that will help you assess them better and understand any potential behavioral issues.

Despite being on the lower end of the doggy intelligence scale, they have some fun and exceptional traits that will interest you. Let’s take a quick look at the main ones.

They are incredibly stubborn. So you would need enough patience to train them, especially during the initial phases. You must employ a friendly approach when it comes to teaching them new things. We recommend positive reinforcements, as that will help smoothen out the training process.

Chis are loyal and protective of their family and owners to the core. This is because they were raised initially as lap dogs, making them snap out when they or their owners feel threatened. It signifies the strong attachment or bond they have towards their loving owners.

Although they are mediocre at Obedience Training, they do make it up in adaptive learning. This means the ability to solve problems on their own and learn from past mistakes. So the next time your Chi does not react well to your commands, it is not because they are dumb. They may surprise you in ways you never imagined.

Enjoy Being In Packs

Chihuahuas love to be around other dogs of their breed in general. However, they may not bond well with other dog breeds or animals like cats. Their tiny stature can be a reason for the same.

They were bred as natural retrievers and have the ability to chase away small animals like rats in the past. This inherent skill makes them good playmates for you and your kids. They are great at playing fetch and searching for hidden items in and around your home.

Get ready for countless hours of fun with your Chi due to their fun-loving attitude and adorability. As we saw in this Chihuahua guide, it is imperative to identify the exact cause of their shaking before coming up with a suitable remedy. Their small physique makes them vulnerable to cold, which is the leading cause of shivering or trembling. Having clothes that keep them warm is not just an optional fashion thing but a necessity for Chihuahuas.

We also looked into various diagnosable health conditions they suffer from, including GTS and Hyperglycemia, which requires medical supervision. Also, make it a point to maintain their general health levels by regularly participating in physical and mental stimulation activities. A healthy and vet-approved diet given at suitable intervals across the day plays an equally important role. Apart from all these, if you notice any sudden change in their behavior due to environmental or health issues, always seek immediate medical help.

As a dog parent, it is necessary to understand some differentiating/unique traits associated with a breed such as the Chihuahuas. Treat them with care and patience, and never force violence on them while you train. This can lead to no progress and can only backfire.

We hope you could gain some valuable pointers on “Why do chihuahuas shiver” from this article. Feel free to share the link with your friends and family members who are owners of Chihuahuas, as it can help them too.

How Smart
Are Chihuahuas? 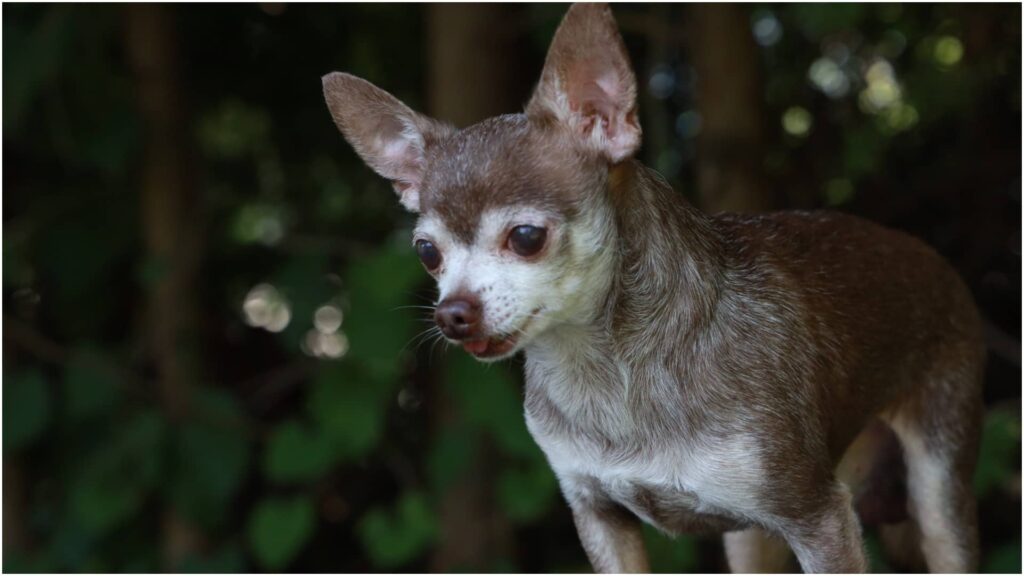 Do Chihuahuas Bark
A Lot? 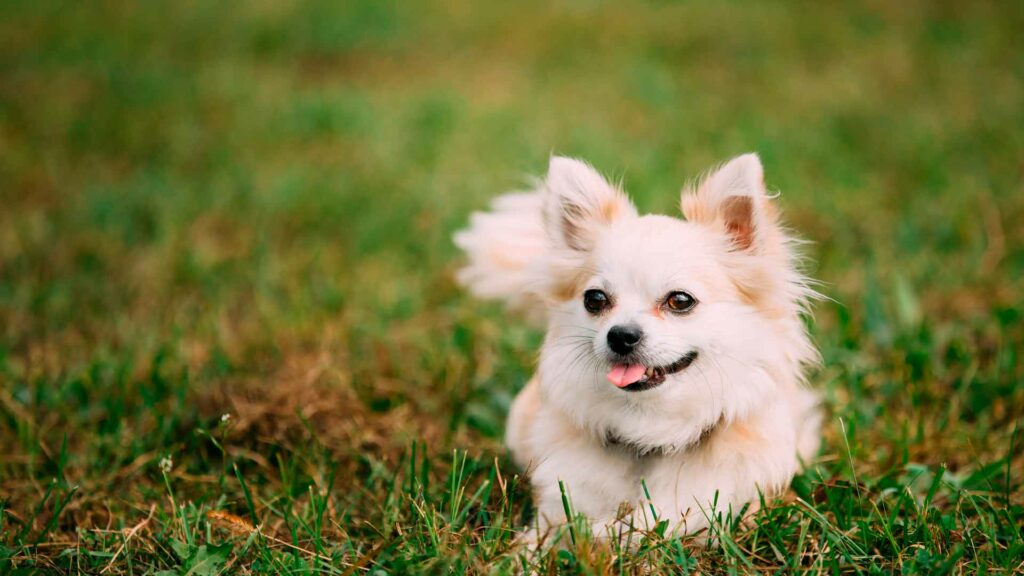 Why Does My Chihuahua Cry?
[And How To Stop It]