Why Dogs and Cats Fight?
[The Definitive Guide]

My friend Stacy was already a pet mom to an American Leopard Hound when she decided to adopt a rescue cat. As noble as it sounds, there was a problematic situation looming ahead.

A cat and a dog in the same house! The oldest enmity of all time was triggered again.

It can be very stressful for owners facing a situation like this. She came to me with her queries, and I told her exactly how to gradually build peace between these foes. Now I share it with you.

To understand the process and steps, let us take a little dive into the history of evolution.

Cats And Dogs - The History 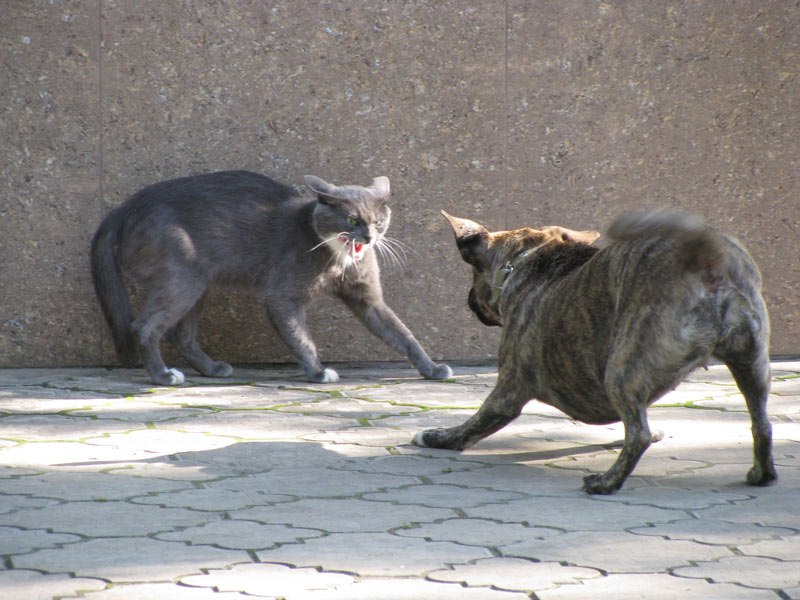 Dogs (Canis familiaris) are direct descendants of gray wolves (Canis Lupus). The process of evolution is a complex one. You can check it out here. Hence, even though there is a physical difference between them, the attitude and behavior are still quite similar.

For example – wolves are pack animals with leaders (the alpha) who have authority, so all other wolves try to please the alpha. Your dog, similarly, wants to stay on your right side!

The similarities are more evident in semi-wild dogs who spend less time with people. As a matter of fact, a street dog that’s been on its own for many years without relating to others will have wolfish gestures and bearing.

Cats (Felis Catus) is a descendant of the Felidae family. Felidae are considered highly developed carnivorous hunters of all mammalian species. Almost all wild cats developed as solitary animals with the ability to hunt and fend for themselves.

Around 10,000 years ago, the development of grain stores led to a massive rise in the number of house mice. It attracted wild cats in the close proximity of humans. What ensued was their taming. Cats are territorial, developing their own area in which they hunt and marking their territory mainly via scent.

Cats and dogs are considered natural enemies. But why so? Dogs in the wild view cats as prey, and cats see dogs as a threat.

This is precisely how their brains are wired. When dogs and cats live in the same house or territory, they majorly compete for food, authority over the residence, and human attention.

Dogs find delight in chasing cats not out of hatred but because a fast-moving feline triggers a strong instinct that takes training and socialization to rescind. 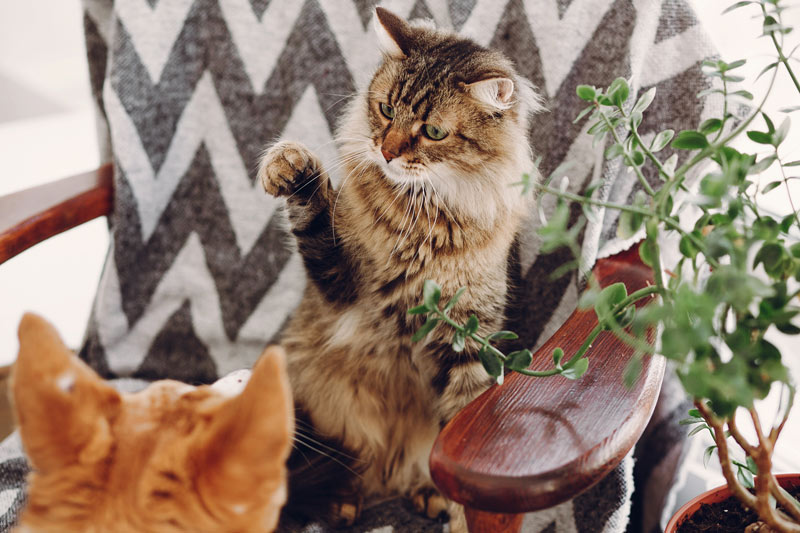 There are dramatic differences and similarities in the communicating signals of cats and dogs. As a pet owner wanting to adopt both, one needs to be familiar with the signs.

Dogs wagging their tail loosely back and forth shows friendly behavior. Still, with cats, tail wagging is an indication of an unfriendly encounter or predatory attack. When cats hold their tails high, it can signal that they are friendly and relaxed.

Similarly, a friendly cat who is confident in greeting people will generally have her ears hold forward and alert. On the contrary, one sign of a friendly dog is that his ears will move back slightly.

Hence, training them is relatively easy, and they find it easier to keep certain wild behaviors under control. Cats, on the other hand, are more of solitary beings, detached and distant. Hence not as quickly trained as dogs.

These subtle gestures give essential details on how your pets feel around each other and more comfortable for you to train them.

Introduction Of The Foes 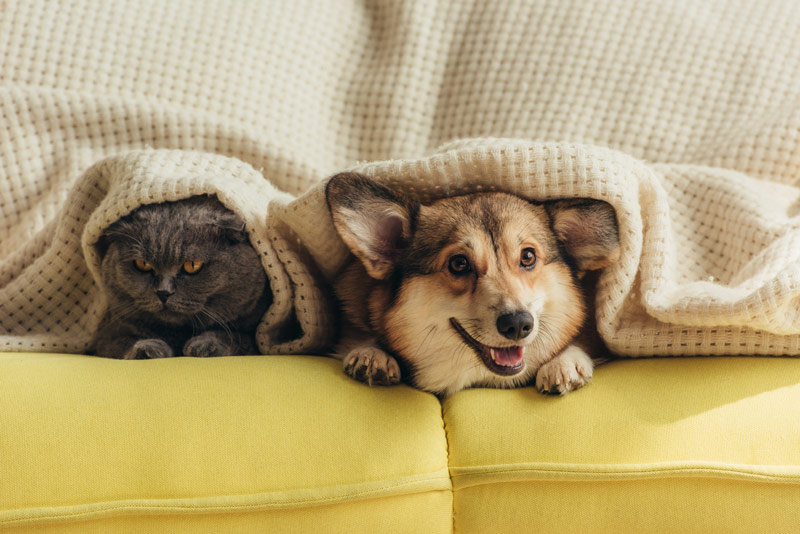 Leticia Fanucchi, a veterinarian at Washington State University who knows a lot about animal behavior, stated that one could never be sure that pets will like each other. But yes, one can improve the chances.

If a cat and dog are introduced to each other very young, there are significantly fewer issues. They might even grow up as best friends. If the introduction is done in later stages, it will take some time to get comfortable around each other.

An essential point to note is that if your dog is from a rescue center, the initial step will be to check if they know how to behave around cats.

There is no obvious method, but it is a slow and steady hands-on process.

Make sure to shower them equally with love and treats. It will make them not feel jealous of each other. 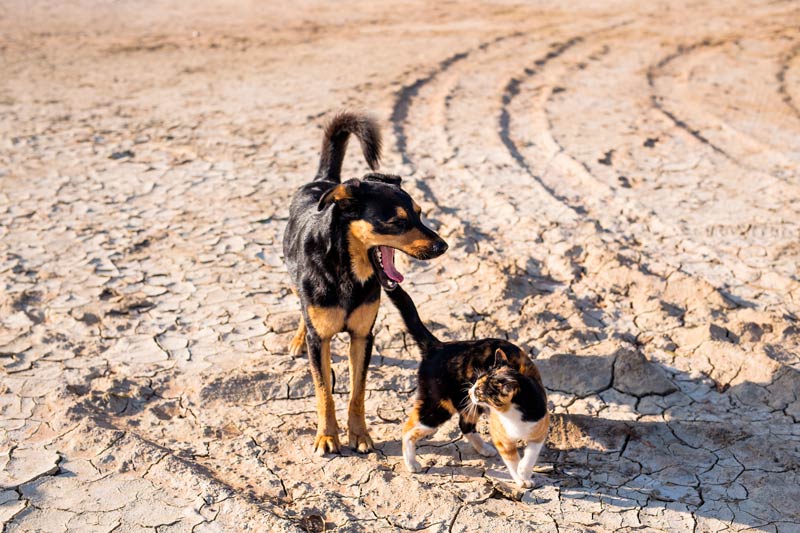 It is essential to supervise your pets once they start getting along with each other. Keep in mind never leaving them in the same room when there is no one to watch over them.

Patience is the key, so keep calm and let them gradually fit in the puzzle.

It is difficult to realize if your pets are playing or fighting. Sometimes the best way to do so is to pick up the signs! If your pets are playing, you will see your dogs using exaggerated postures like bowing and your cats using an “elevated-butt” pose before jumping. Your dog or cat may pretend to be subordinated to invite each other to play and make minimal to no sound during playing. Cats might roll onto their back to encourage dogs to play, and the same with dogs at times. They will not bat and paw with too much force and mostly bite with an open mouth.

If one pet tries to run away from another, then they are definitely fighting. You will find your cat’s ear flat on one side, or its back arched up, or hairs raised. Its claws might be extended to lash out. Another clear signal is if your pets start making noises. Your dog keeps growling in low pitch or snarls, and your cat starts hissing or emitting a guttural noise.

If your pets are fighting, the best plan is to separate them immediately. If the fighting continues, then try reintroducing them to each other. Otherwise, the ultimate solution is rehoming one of them.

There is no proven method of introducing dogs and cats in later stages in my years of experience. There is also no guarantee that your cat and dog will get along because many factors contribute. Their different gestures, behavior, and thought process affect the relationship between the two most adored and loved pets of all time. The above process can provide you with the best chance to have your pets maintain a harmonious household. 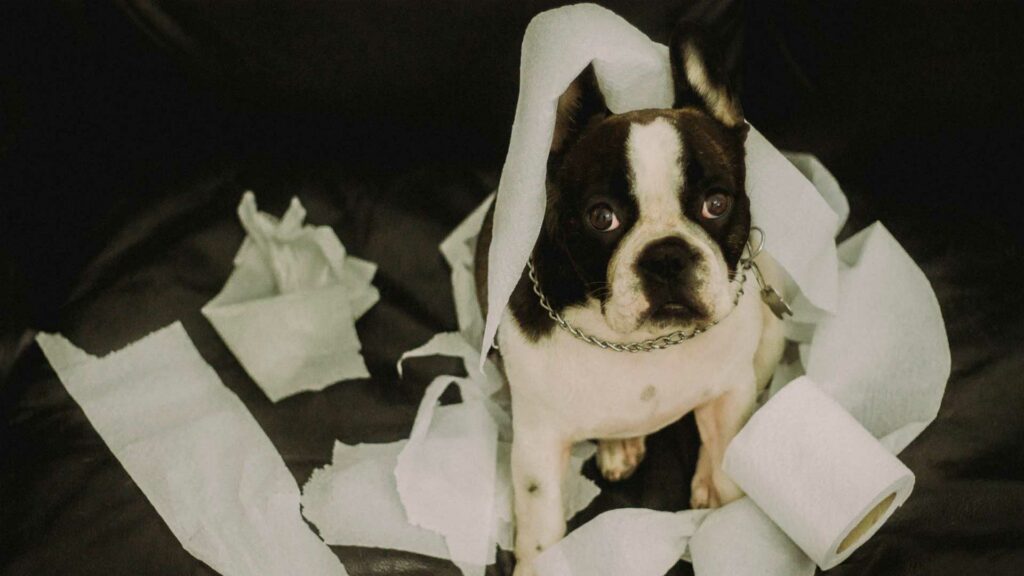 Why Does My Dog
Eat Tissues? 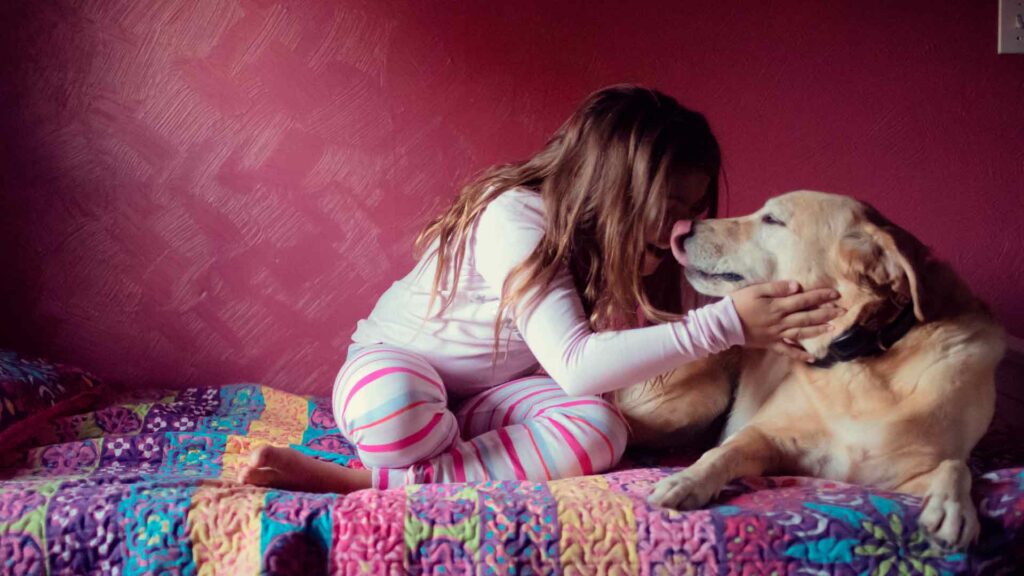 Why Does My Dog Lick Me
In The Morning? 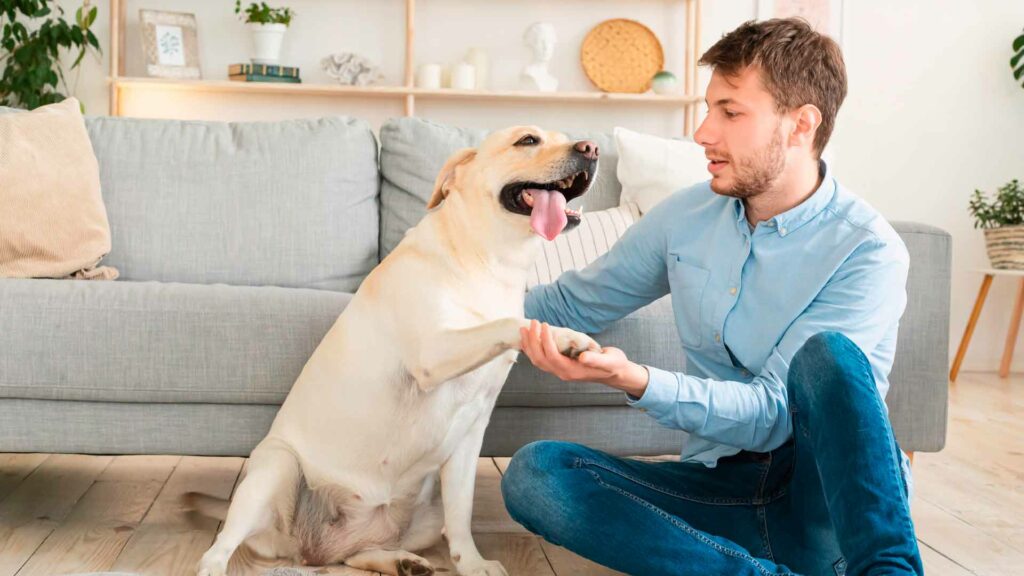 Why Is My Dog Suddenly Following Me
Everywhere?