Are Chihuahuas Good With Cats?
[The Definitive Guide]

Puppies are great fun for the family and will end up being a lifelong friend; however, if you already have a pet cat, you may be unsure about adopting another animal. This is a reasonable worry as many assume cats and dogs hate each other, but this isn’t always true! Believe it or not, cats and dogs can be friends.

If you’ve owned a dog before, you’ll be familiar with their needs, but if you’re a first-time owner, you need to do some research so that your new pup will be comfortable in your home. When it comes to Chihuahuas, they have their own needs, and these can differ from other breeds. Making sure your Chihuahua is comfortable at home is essential; this will put them at ease, and it’ll make the cat less stressed too.

If you’ve set your sights on a Chihuahua, the question you’re probably wondering is, ‘do Chihuahuas like cats?’ The fact is Chihuahuas are more similar to cats than you’d expect, they’re a similar size, and they’re just as intelligent and playful – perfect companions! The main factor in creating a harmonious relationship is introducing the animals well and keeping their needs met. Always note that each Chihuahua is different; while the two animals are likely to get along, the actual relationship comes down to their personality.

We’ve researched how to introduce a Chihuahua into your home effectively and how to promote a healthy relationship between Chihuahuas and cats – read on to find out more! 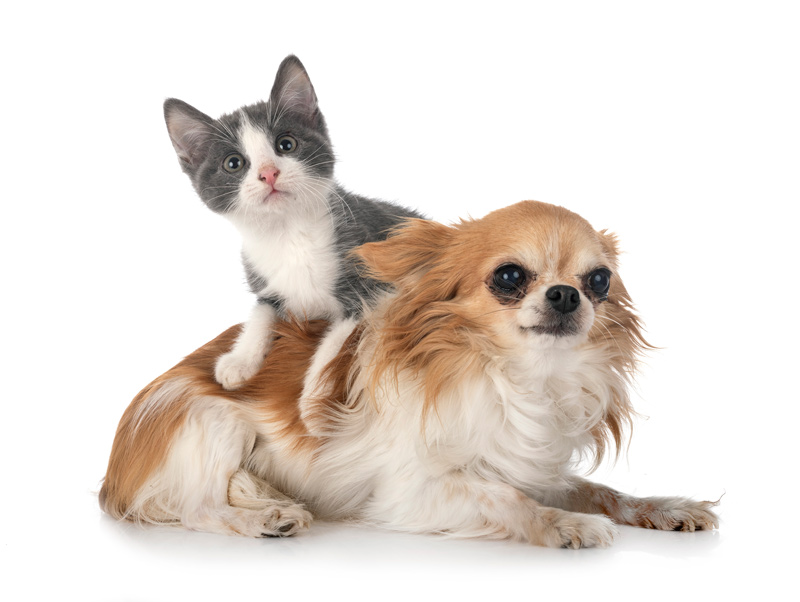 Chihuahuas are a great breed to own. They love to have playtime and love attention from humans, this makes them great family pets, and they’re especially great for younger children.

They’re also very loyal to their owners, often giving most love to their primary caregiver. So, if you’re after an intelligent and loyal puppy, a Chihuahua will be perfect for you!

Their small size often leads people to think that they’re timid dogs, but Chihuahuas often act like they’re bigger than they are. Since Chihuahuas don’t recognize their size, they take protecting and guarding their owners and resources very seriously – they’re not scared to face people, dogs, or even cats. You may have heard that Chihuahuas are yappy or bark a lot, and this is true, so if you have a scared cat, easily consider whether they would get along.

Though Chihuahuas sometimes act defensively, they’re very sociable dogs. They love attention from humans and other dogs, though many owners report that their Chihuahua often prefers to be with the same breed over other dogs. Don’t worry though, their social personality and love of playtime allow them to get along with cats easily.

Do They Feel Threatened Easily?

Knowing your Chihuahua’s personality before introducing them to a cat is very important; this will let you know how anxious they’ll be. When introducing Chihuahuas and cats, you want them to be as calm as possible to avoid them feeling threatened by each other.

Though most cats will be around the same size as a Chihuahua, they can be up to three times the size of a Chihuahua puppy. The size difference may intimidate a Chihuahua puppy and result in them feeling anxious and threatened. When a Chihuahua is nervous and has to choose between fight and flight, they almost always go for the first one – resulting in a yappy Chihuahua and a stressed-out cat.

Instincts will also play a part when your Chihuahua and cat first meet. Their animal nature will call for one of them to assert their dominance and be the boss. For some cats and Chihuahuas, this may result in a fight if they’re not introduced slowly and calmly, so take extra care to soothe your pets and take it slow.

Finally, cats will usually have the upper hand against Chihuahuas as they can easily injure them – especially if the Chihuahua is still a puppy. While this may only happen in a rare scenario, you want to do all you can to avoid a Chihuahua vs. catfight. Cats can easily jump on Chihuahuas from above, and this can cause harm to a Chihuahua puppy since there will be a weight difference. Chihuahua’s skin is also likely to be more tender and is only covered by a thin layer of fur. Cat’s claws can do more harm than you expect, so keep an eye out, even if they’re playing.

These situations are rare and usually don’t happen with proper socialization. However, they’re important to note so that you can avoid any cat vs. Chihuahua fights in the future.

Can Chihuahuas And Cats Get Along? 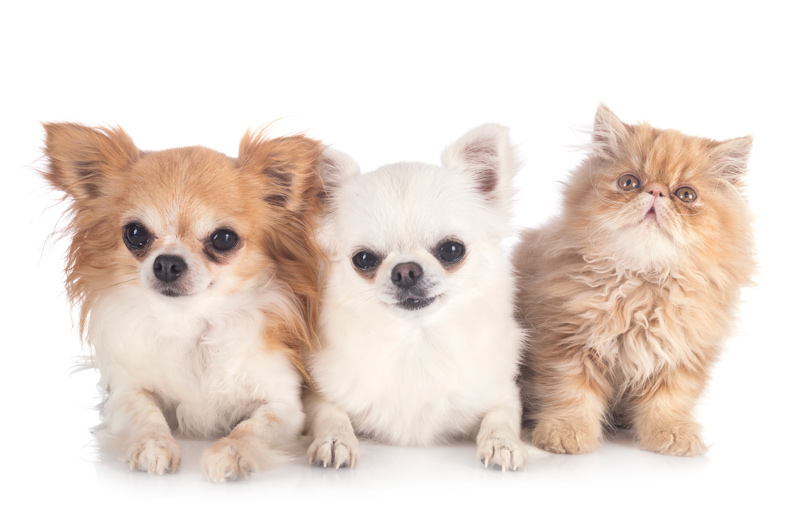 Cats and Chihuahuas can get along. Though this article explains some scenarios where the two animals may fight or threaten each other, this is not usually the case, and these are examples of what to avoid. If you’re still wondering, ‘Do Chihuahuas like cats?’, don’t worry; they absolutely can learn to love a cat.

Just like humans, each cat and Chihuahua will have a different personality, so the nature of their relationship will be personal and won’t always meet expectations. Watch how they behave and if you see that either the cat or Chihuahua is feeling threatened or anxious, make sure to intervene to avoid a fight.

If your cat is already used to roaming around your house and you own other pets, you should focus on the reaction of your new Chihuahua puppy. This is the ideal situation as your cat would already be socialized with other animals, and a new addition won’t come as a large threat as attention is already shared.

On the other hand, if your cat has been alone for most of its life, it’ll probably see your home as its territory. If this is the case, make sure to focus on the moment you introduce the two, as this will set the momentum for the rest of their relationship. Calmness is key; a relaxed cat will help your new Chihuahua relax too.

What’s The Best Way To Increase My Chihuahua’s Tolerance?

Like cats, Chihuahuas can be very territorial. This territorial nature can lead your dog to attack first when threatened, and cats are always ready to fight back. To avoid this, you need to increase the tolerance of your Chihuahua towards cats and other puppies.

The difficult thing about introductions is they can only happen once. It can sometimes be a good idea to ask a friend or neighbor to bring their kitten to meet your Chihuahua in a garden first to gauge their reaction. This can give a good indication of whether your Chihuahua is ready for a relationship with another cat.

Remember that Chihuahuas can be very sensitive to the feelings of the people and animals around them; this is why it’s so important to stay calm. If you’re nervous, they’ll likely feel they’re in danger and can damage the trust between you and your dog.

If your dog shows these behaviors, it may not be ready to live with a cat:

Most Chihuahuas need a period of adaptation; after this, they’ll be tolerant of any cat. If they do get along, you’ll experience a unique relationship, and in the worst-case scenario, they’ll ignore each other.

How To Introduce Your Chihuahua To A Cat

Reactions should be the main focus when introducing a dog and a cat. This is especially important if the cat is much older than the puppy. If the Chihuahua is a puppy, they’re known to get along with kittens and children and will get used to another animal quickly.

Keeping your pets apart for the first few days will allow the new puppy to get used to the environment of your house. This is where it’s important to have all of the necessities for a young Chihuahua and know what comforts them. The correct bedding, food, and toys will help them relax and feel at home.

Slowly let your dog explore the house while keeping your cat separate; this will allow them to understand the new environment and get accustomed to the cat’s smell before meeting them.

Let Them Meet Through A Gate

Using a gate to separate the two pets will let them analyze each other before having the chance to meet. If you notice your dog or cat becoming aggressive, try separating them and repeat the exercise a few hours later. This is where you being calm is important; your emotions will set the tone for the meeting.

Bring Them Face To Face

When letting your cat and Chihuahua meet for the first time, be there to supervise. Meeting without the restrictions of a gate can be too close for comfort if either dog or cat feels anxious. Make sure you’re there to calm them and step in if there’s any aggression. If you sense that your dog is being aggressive, use a leash to control the interaction.

As an owner, you need to be aware of their body language when they meet. When you’re sure that they won’t attack each other, watch them interact from a distance. If you observe your dog’s behavior becoming aggressive separate them from the cat and vice versa.

Once the scary first meeting is complete, you need to work on strengthening their relationship. This can be done by giving each pet equal attention as cats and Chihuahuas can easily get jealous when they feel like they’re not getting enough of their owner’s love. Also, as your dog ages, you can consider training sessions with a professional dog trainer to help teach them etiquette. 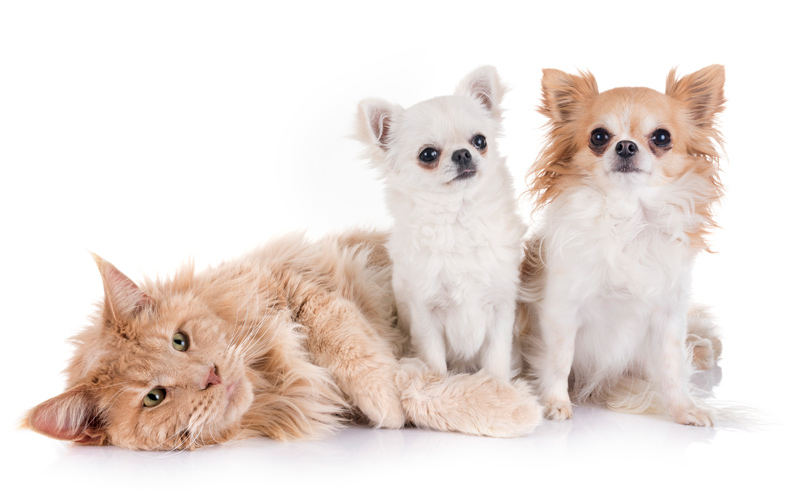 Hopefully, we’ve answered the age-old question of “Do Chihuahuas like cats?” While it may seem like there is a lot of planning for introducing these furry friends, it’s worth it when you see their relationship flourish.

Remember that introductions take time, and patience is key to building any pet relationships. Dog trainers and training programs can also be beneficial as your puppy ages. Making sure your Chihuahua is socialized and trained will ensure they’re comfortable around your kitty! 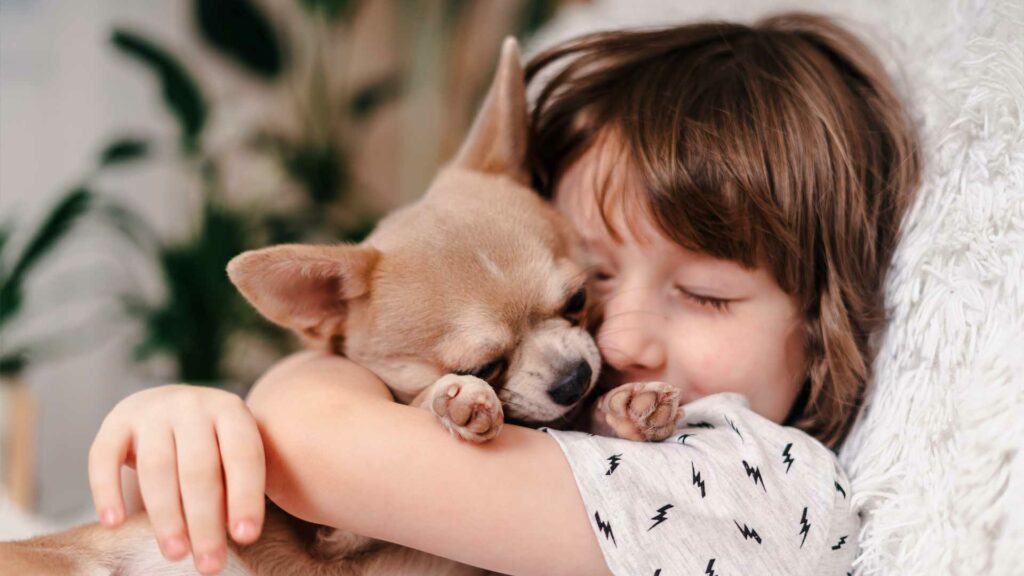 Are Chihuahuas
Good With Kids? 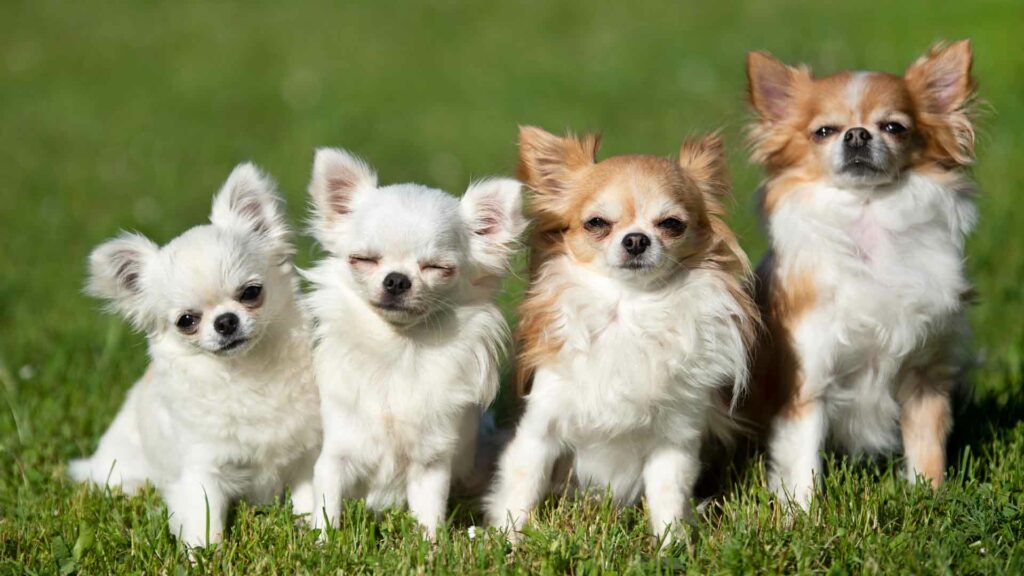 Are Chihuahuas Good With
Other Dogs? 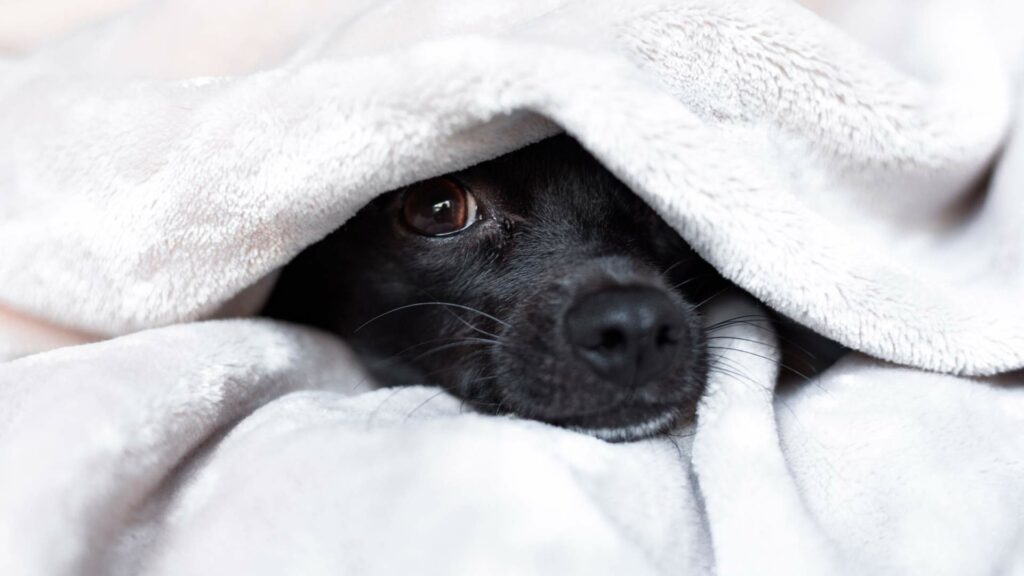 Why Do Chihuahuas Burrow
Under Blankets?