What Is Herding Behavior In Dogs?
[The Complete Edition]

Dogs are considered one of man’s oldest and best friends for a good reason. The inherent bonding between the two is built on centuries of trust, affection, and play. Our storied relationship with canines can be traced back to the earliest humans, who initially used them for hunting, fighting, digging,  and as a makeshift security system.

It’s estimated that our relationship with dogs began around 20,000 years ago. Since then, we have used selective breeding practices to help create dogs in our image. They remain as close to us as ever, but some of their more aggressive and predatory traits have been tweaked to fulfill our needs better.

What are Herding Dogs? 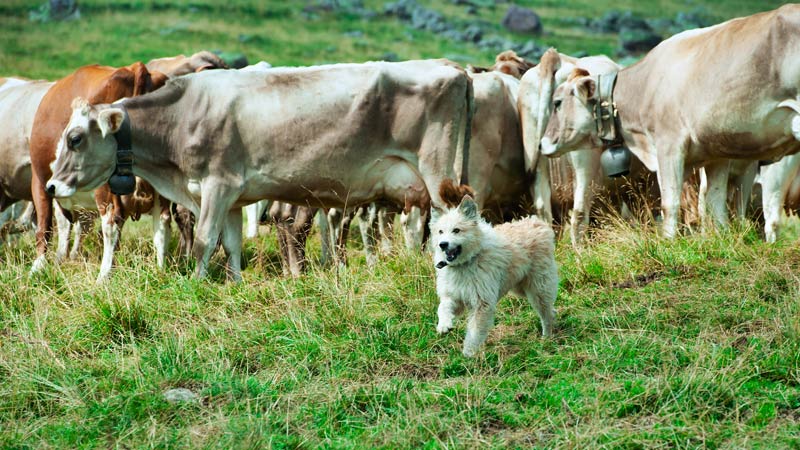 Dogs are, regardless of their relationship to us, animals that are adapted to the wild. Their hind legs are developed for fast propulsion, and their mouths are designed to grip and tear at flesh. Several evolutionary carry-overs can be seen in their behavior, too.

Territorial characteristics and natural instincts have been molded by humans over generations to help aid them in agricultural work. Where dogs used to be bloodthirsty and aggressive, they’re now authoritative with purpose. For example, a herding dog can be used to help keep a group of sheep or cattle in check.

By removing dogs’ tendencies to see these animals as prey, their aggressive tendencies can make farmers’ lives easier. Dogs that bite at the heels of livestock are appropriately known as ‘heelers’ and use this tactic to move a flock of animals in a specific direction.

Why Are Herding Dogs Important?

Farmers can’t do everything themselves. While they’re busy preparing food and gathering their resources, looking after the livestock can become more and more difficult. For assistance, farmers turn to their canine allies.

Some of the earliest farmers utilized the talent of dogs for their own gain. One of the earliest herding dogs came in the form of the Peat Dog, whose relationship with the pile dwellers of the Alps marks some of the first confirmed evidence of the dog/human transactional relationship. About 7,000 years ago, these dogs were perhaps used in ways we would associate with modern herding and sporting dogs. They possessed another advantage that people could leverage during the Agricultural Revolution.

Another key reason why herding dogs have been so crucial over the millennia is companionship. Rural, agricultural life was often lonely and challenging. Dogs provided constant companionship in times of need, and the most attentive dogs were rewarded with more food and affection. Through natural selection, dogs have been conditioned to be highly attentive to the needs of their masters.

What is Herding Behavior? 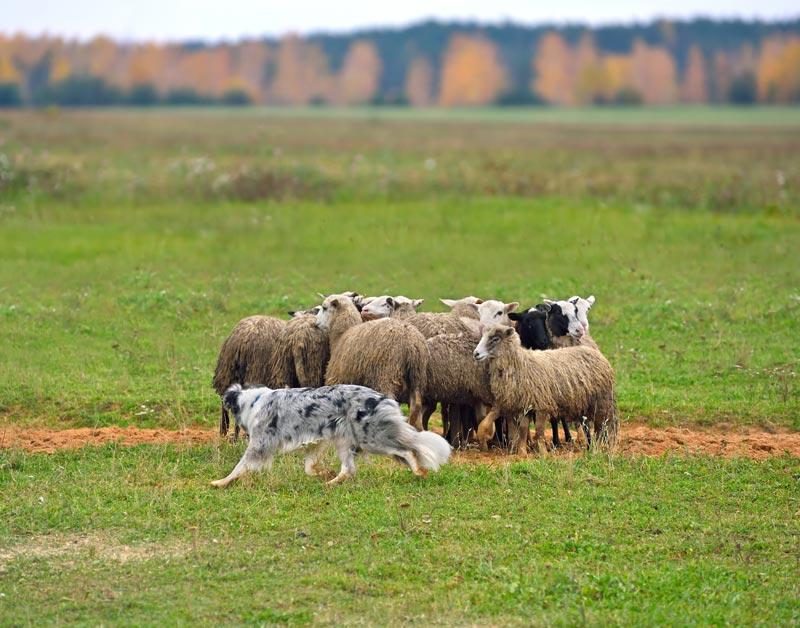 Traces of herding behavior can be seen in both sporting and non-sporting dogs and whether the dog lives on a remote farm or in a suburban mansion makes no difference to its instincts. For example, a dog may try to nip at your feet as you’re running around in the garden or try and chase the speeding car on the other side of your fence.

Both are evolutionary hangovers from dogs’ hunting days. Breeds such as the Cardigan Welsh Corgi and the Pembroke Welsh Corgi were used to follow behind a group of cattle traveling from Wales to London, nipping their heels as they moved.

However, herding behavior involves many more facets than mere ‘heeling.’ Border Collies, for example, were trained to get in front of a herd of animals and assert their dominance. Their prolonged eye contact and deep, authoritative bark are enough to keep a group of livestock well within the throws of submission.

Victorian-era butchers used dogs to help control flocks in a manner that led to them being dubbed ‘catch’ dogs. The canines would circle a group of chickens, for example, and round them up so the farmer could count, move, or slaughter them. This was constant work for the canine and served as the origin for the British saying ‘’fitter than a butcher’s dog.’’ Your dog may retain some of these characteristics as it circles around a guest in your home or marks its territory by circling its toys.

German Shepherds are perhaps the most well-known herding dog breed. Renowned for their intelligence and athletic prowess, their talents continue to be utilized in human society. They’re often used as police and guide dogs in contemporary life, but they have been used in rural settings for generations. There’s a reason why your German Shepherd follows you around the house – it has been doing it with sheep for years. Not only are these canines competent herding dogs, but they’re also great ‘tending’ dogs, making sure that livestock doesn’t stray too close to a fence or open highway.

Dogs that guard livestock don’t necessarily have to be big. They can span every conceivable size, weight, and strength level imaginable, but in some areas, heavier dogs (those who weigh over 30kg) may be favored due to their imposing presence.

Sled dogs are cornerstones of Earth’s coldest, most windswept regions. Here, breeds such as the Alaskan husky are utilized due to their strength, gait, and speed (they can reach up to 28mph). Their webbed feet provide natural protection against extreme conditions, and the animal’s instinct to run on command is utilized and, sadly, exploited in some cases.

Herding behavior is hardwired into canine DNA. Even the most pampered pup will still show remnants of its herding roots as it barks at visitors and tries to nip the fingernails of the mailman through the letterbox.

Should Herding Behavior Be Encouraged?

That’s a difficult question to answer. For all the problems and disruption that herding behaviors may cause in your home, trying to eliminate said traits would likely result in your dog being lethargic, miserable, and morose.

Instead of eliminating them, try to work with them. Chances are, you’re unlikely to outsmart thousands of years of evolution and create an entirely docile dog. Rather, allowing your dog to express itself once in a while in a controlled manner is a better approach.

However, if you find that your dog’s herding behavior is causing a problem, it’s time to be direct with your dog. Showing signs of laughter or enjoyment may be misinterpreted as your dog thinking you’re playing a game, so it’s vital to be assertive in the face of this unruly behavior. 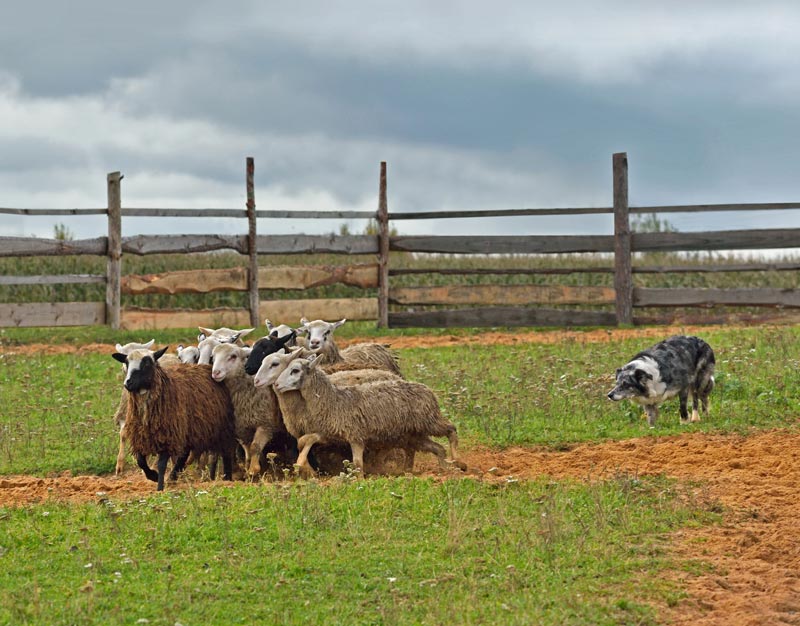 To get your herding dog fully trained, it’s important to teach it some herding commands. For example, ‘’come-by’’ tells the dog to move clockwise around the sheep, whereas ‘’away!’’ means to move it in the opposite direction.

The phrase ‘’lie down’’ should be directed if you wish to cease your dog’s movement. As your dog’s training develops, this command can go on to have subsequent meanings like ‘slow down,’ ‘pause,’ or its literal meaning of lying down.

If your dog does indeed lie down on command, then the phrase ‘stand’ can be implemented to get it to rise again. ‘’That’ll do’’ is a famous saying that tells the dog that the work is complete and they need to return to you as soon as possible.

Dogs are intelligent animals, and you can teach them to follow a whole list of herding commands. This must be done when the dog is still extremely young and not set in its ways. Dogs may be smart, but they’re also famously stubborn. As the saying goes, you can’t’ teach an old dog new tricks.

Try not to overload your dog’s brain by teaching it too many things, either. There are only so many things your dog can remember, so try to break down its learning piece by piece. This will help it retain information, and it will also allow it to absorb its command fully. Aim for quality of learning rather than quantity of words taught.

The list of dog breeds that classify as herding animals is extensive. Here are a select few of the most famous ones, although there are many more than those featured here. 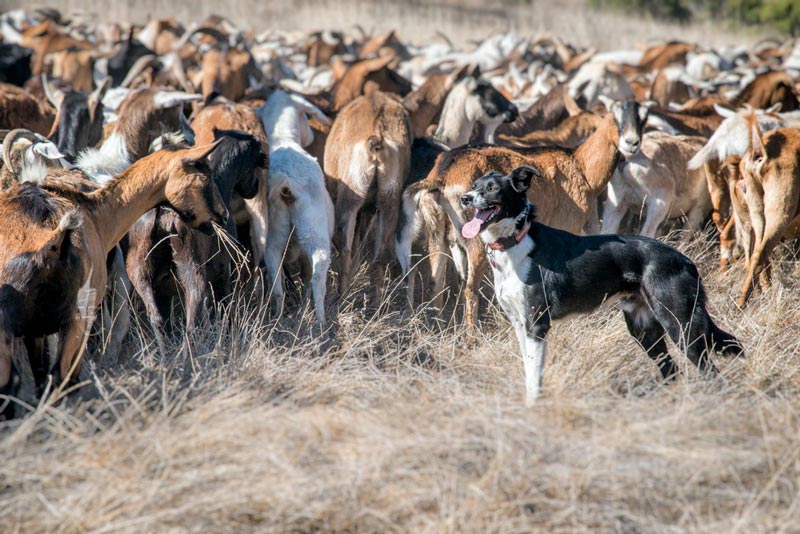 Herding behavior encompasses a collection of inherent predatory behavior and learned commands in dogs. This may include nipping at the heels of others or trying to lead away a group of livestock. As confusing and frustrating modern humans may find this behavior, these traits are an essential reason why the canine has been so successful over the generations. 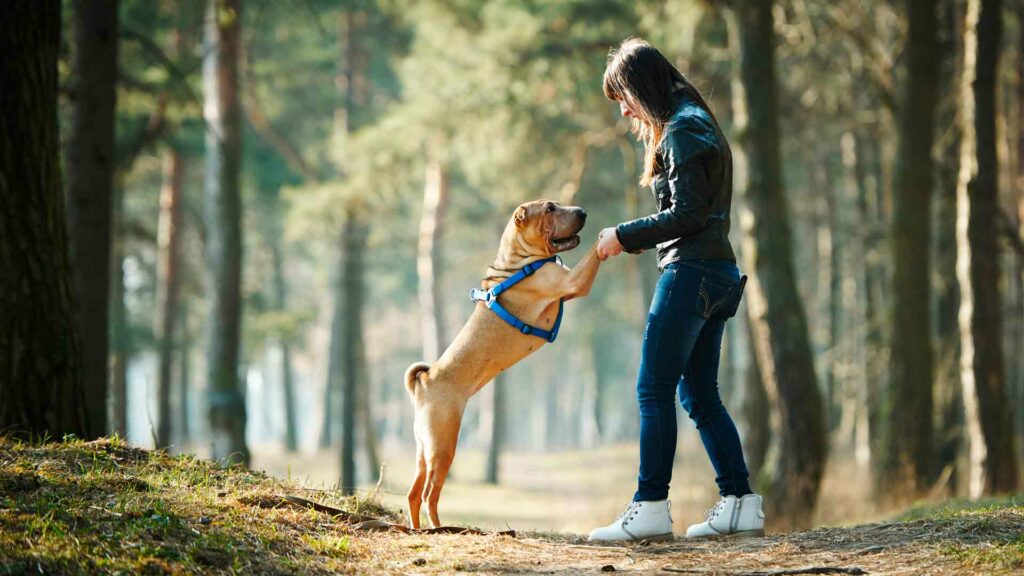 Why Are Dogs
Attracted To Me? 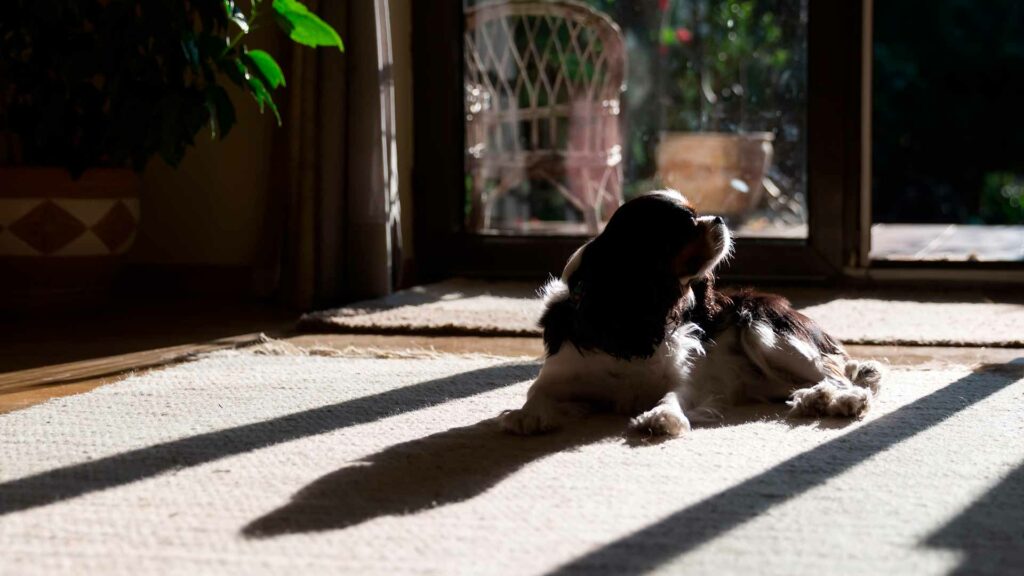 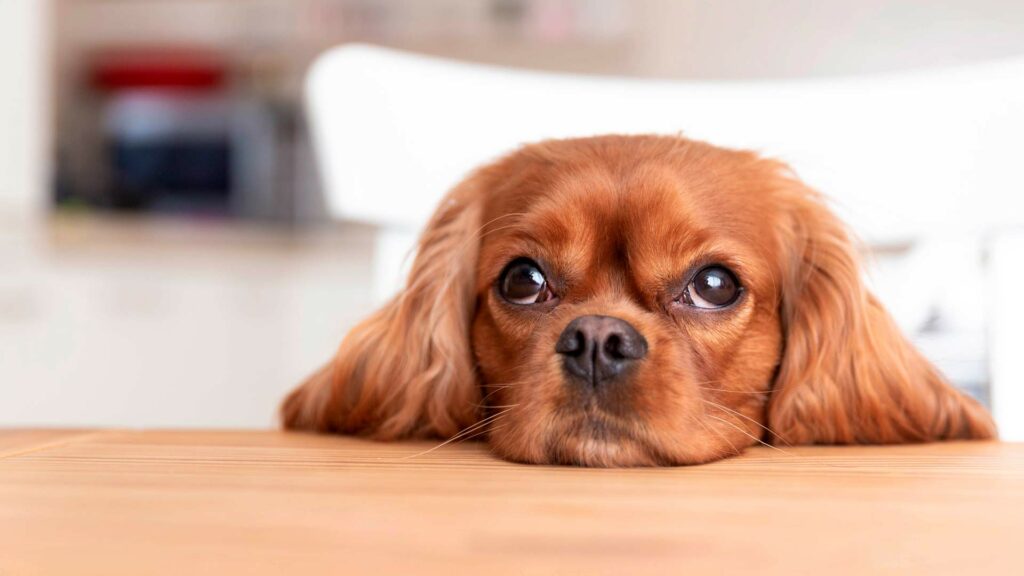 Can Dogs Have
Autism?